Why I Read: The Serious Pleasure of Books by Wendy Lesser

Every once in a while, I come across a book about reading.  Recently, I reviewed Rebecca Mead’s My Life in Middlemarch about reading George Eliot’s classic Victorian novel.  Francine Prose wrote, Reading Like a Writer for another example.  Now Wendy lesser has added to this collection with Why I Read: The Serious Pleasure of Books.

According to the dust jacket, “Wendy Lesser is the founder of The Threepenny Review, [an outstanding literary magazine].  She is the author of eight previous books of nonfiction and one novel.  She won a prize for Music for Silenced Voices: Shostokovich and His Fifteen Quartets.  She has written for The New York Times Book Review, and my favorite The Times [London] Literary Supplement.

Lesser divides the book into convenient categories including, “Character and Plot,” “Novelty,” Authority,” “Grandeur and Intimacy,” and the intriguing “Inconclusions.”  However my favorite proved to be the “Afterword: The Book as Physical Object.”

Her style is chatty and actually fun.  She opens her prologue with, “It’s not a question I can completely answer.  There are abundant reasons, some of them worse that others and many of them mutually contradictory.  To pass the time.  To savor the existence of time.  To escape from myself in someone else’s words.  To exercise my critical capacities.  To flee from the need for rational explanations” (3).  Although I have never given it much thought, these are all reasons I read.

When I was about 6 or 7, I was already an avid reader.  I wanted more of what my mother would share with me before I lay me down to sleep each night.  One day, I asked my Dad where he learned all the things he did.  Is one word answer, “Books” hooked me and raised me from avid to voracious.

When Lesser starts a new book, she tells us, “”I open the cover and sniff the pages before I even start to read.  I always think the smell of that paper goes with its feel, the tangible sensation of a thick, textured, easily turnable page on which the embedded black print looks as if it could be felt with a fingertip, even when it can’t” (188). 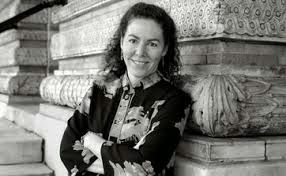 She also brings the interesting idea spatial aspect of a printed book.  She writes, “someone who remembers specific passages in the spatial way I do – as in ‘I think it was on the left-hand side of the page, not more than two or three pages before a chapter break” – becomes lost in the amorphous, ever-varying sea of the digital page” (189).  She mentions the conveniences of tablets and e-readers.

When she finishes a book, she holds “the pleasant weight of the closed book for a moment in my hands, as if to bid its story a silent goodbye, and then I turned it over” (204).

Wendy Lesser and I are kindred spirits.  We both have the same devotion to the printed page in all aspects: vision, touch, smell, and, of course memory.  Get a copy of Why I Read: The Serious Pleasure of Books and explore in detail your love of reading.

The Chocolate War by Robert Cormier

Robert Cormier’s 1974 Young Adult novel The Chocolate War, has become a classic story of corruption and cruelty.  The New York Times named it an outstanding book of the year, as did the American Library Association and School Library Journal.  I occasionally like to dip into the world of YA literature, and this novel is a perfect reason to do so.

According to his website, Robert Cormier was born and has always lived in Leominster, Massachusetts. He grew up there, went to school there, courted and married there, and raised four children in the house where he and his wife, Connie, still live. "I never intend to live anywhere else," he says.  Cormier was a newspaper reporter and columnist for 30 years.  He began writing, "in the seventh grade.”


Cormier sets The Chocolate War in Trinity, a private academy for boys.  Jerry Renault wants to play football, and he has a poster in his locker, which reads, “Do I dare disturb the universe?”  Archie holds an important office in a secret society known as the Vigil.  Everyone knows about the Vigil and their mostly harmless pranks, but no one talks about it – including the Brothers who run the school.  An overly ambitious brother, Sebastian, seizes control of the school, when the headmaster is sick.  He launches a grand plan to raise money by selling chocolate bars. 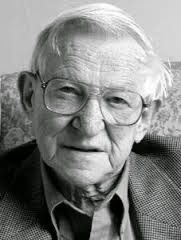 In one passage, Cormier describes one of the classrooms.  “Brother Leon was getting ready to put on his show.  Jerry knew the symptoms – all the guys knew them.  Most of them were freshmen and had been in Leon’s class only a month or so but the teacher’s pattern had already emerged.  First, Leon gave them a reading assignment.  Then he’d pace up and down, up and down, restless sighing, wandering through the aisles, the blackboard pointer poised in his hand, the pointer he used either like a conductor’s baton or a musketeer’s sword.  He’d use the tip to push around a book on a desk or to flick a kid’s necktie, scratching gently down some guy’s back, poking the pointer as if he were a rubbish collector picking his way through the debris of the classroom.  One day, the pointer had rested on Jerry’s head for a moment, and then passed on.  Unaccountably, Jerry had shivered, as if he had just escaped some terrible fate” (38-39).  Do we professors really fall into those predictable routines?


That scene is all too familiar to me.  I can still see the rubber-tipped pointer as it smudged the chalk, or came crashing down on the hand of an unwary student whose mind wandered.


The pranks were elaborate, sometimes funny, and usually required late night raids on the school.  In one, a timid student, fearful of The Vigil, was ordered to loosen the screws in every desk and chair in one classroom.  The student worked diligently, but after four hours, he had barely finished a quarter of the seats.  Archie and his gang arrive to help finish the job.


I thoroughly enjoyed The Chocolate War, but I see from the list of “Also by Robert Cormier” that he has a sequel, Beyond the Chocolate War.  I think I need to hunt that one down.  5 stars

The Obituary Writer by Ann Hood 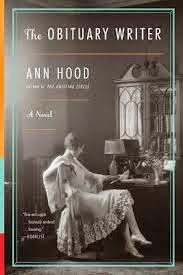 I met Ann Hood back in 1989 at an American Booksellers Association Convention.  Her line was not long, but the novel she signed seemed intriguing.  I spoke with her for a few minutes and she seemed charming and enthusiastic about the novel.  I really liked it, but it did not overwhelm me.  A couple of years later, she came out with another, and again, I was not overly impressed.  I stopped following her, until a friend mentioned The Obituary Writer published in 2013.  I decided to take another look, which now has led me to a second read of that first novel.

Ann Hood lives in Providence, Rhode Island. She is the author of eight novels, two memoirs, including Comfort:  A Journey Through Grief, which was a New York Times' Editors' Choice and named one of the top ten non-fiction books of 2008; and a collection of short stories, An Ornithologist's Guide to Life.  She is a regular columnist for the New York Times, her stories and essays have also appeared in The Paris Review, Tin House, The Atlantic Monthly, and many other publications.  She has won two Pushcart Prizes, a Best American Spiritual Writing award, a Best Food Writing award, and The Paul Bowles Prize for Short Fiction.

The novel opens on the day in 1961 when John F. Kennedy was inaugurated as president.  Claire is a young wife and mother, and she is struggling with her loveless marriage.  She is married to Peter, who works at the Pentagon.  Claire has had an affair, and may be carrying her lover’s child.  Vivien Lowe, an obituary writer in San Francisco in 1919, searches for her lover, who disappeared in the Earthquake of 1906.  These women have a surprising connection.

The book alternates chapters between Claire and Vivien, and Ann Hood kept me entranced wondering about that connection not apparent until the final pages.

Claire seems a character out of the TV series, Mad Men.  She smokes and drinks with abandon, even when she knows she is pregnant.  Those were certainly different times.  Hood writes, “If Claire had to look back and decide why she had the affair in the first place, she would point to the missing boy.  This was in mid-June, during those first humid days when the air in Virginia hangs thick.  School was coming to an end, and from her kitchen window Claire could see the bus stop at the corner and the neighborhood children […] Their school bags dragged along the sidewalk; their catcher’s mitts drooped.  Jump ropes trailed behind a small group of girls, as if even they were too hot. // […] Claire smiled.  Her hands in the yellow rubber gloves dipped into the soapy dishwater as if on automatic.  Wash.  Rinse.  Set in the drainer to dry.  Repeat.  The kitchen smelled of the chocolate cake cooling on the sill in front of her.  And faintly of her cigarette smoke, and the onions she’d fried and added to the meatloaf.  Upstairs, Kathy napped, clutching her favorite stuffed animal, Mimi, a worn and frayed rabbit.” (13)

Vivien on the other hand, is single and writes obituaries for friends and neighbors.  Hood writes, “The obituary writer, Vivien Lowe, usually did not know her clients.  [… But] They were all very much like Mrs. Marjorie Benton, who sat across from her on the small deep purple loveseat.  It was a rainy March afternoon in the town of Napa, California, in 1919. […] The office looked like a sitting room, with its Victorian furniture salvaged from the old apartment in San Francisco, the loveseat and chairs and ornate, beaded lamps. The obituary writer lived above her office, in one large room that looked down on Napa’s main street.  […] Even though did not know it, Vivien knew that grieving people needed food and something to quench their thirst.  So she always put out a small plate of cheese and crackers, or cookies, or fruit.  She always offered her clients a drink.  Cool water, hot tea, even a glass of wine” (28-29).

An amusing chapter about midway, recounts a woman’s duty to her husband.  I remember those days, the Kennedy inauguration, stay-at-home moms were the norm, my mother washing dishes in the sink. Ann Hood, in The Obituary Writer, paints a vivid portrait of those times, and I am glad I have reconnected with her work.  5 stars