I first read the iconic American novel, To Kill a Mockingbird as a high school sophomore.  I wholeheartedly took to the book, and if memory serves, I immediately reread it and have done so a few more times over the years.  Then I saw the great movie with Gregory Peck.  That quickly became one of my favorite films.  With all this in mind, I approached Harper Lee’s first novel, Go Set a Watchman.  As my loyal readers know, I assiduously avoid reviews of books on my TBR pile, but the hype for this novel was everywhere.  Try as I did, tidbits reached me before publication, and I began to question whether I possibly wanted to risk spoiling my image of Lee, Scount, Atticus, and Maycomb County, Alabama.  In the end, I decided to take the risk and I took the plunge.

The novel left me with more questions than I could handle.  Did Harper Lee sugarcoat Atticus, clearly a stand in for her father A.C. Lee?  Did the earlier novel exaggerate Atticus’ true character to something horrific?  How did Nell Lee, as Scout, fit into the narrative?  The prose of Watchman is something of a shadow of the great writing in Mockingbird.  Did the publisher reject it for that reason?  Or for the portrayal of Atticus?  More importantly, why did Harper Lee agree to the publication of this novel as she approaches the end of her life?  Was she setting the record straight?  Or, as some have accused, was she the victim of someone who saw a pot of gold under the cover of the novel?

Scout, now 26, lives and works in New York.  She comes south for an annual visit with her father and Calpurnia and all her high school friends.  In one scene, the friends gather in the Finch living room, and Scout listens in amazement to the conversation.  She despises her friends, their lifestyle, their attitude toward African-Americans, and the recently passed Civil Rights Acts of the 60s.  Yet, curiously, she does not challenge any of her friends.  Rather she muses, if she marries Henry, her father’s law partner and a childhood friend, her life will slide into step with all her friends. 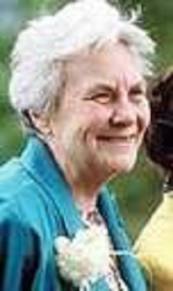 In a scene reminiscent of the young Scout in Mockingbird, she sneaks off to the courthouse and takes a seat in the balcony and watches her father introduce a speaker at a meeting of the White Citizens Council, of which her father is president with Henry seated beside him.

The racism of Mockingbird and the terrible tragedy of Tom Robinson still bring tears to my eyes.  I don’t need piling on Atticus to press home the point.  In Watchman, Scout refers to a criminal case involving a black man that Atticus only took on, because he knew he could win.  Who is the real A.C. Lee?  Who is the real Atticus Finch?  Who is the real Scout, the real Harper Lee?

I did read one review from an African-American journalist, who applauded the novels expose of racism in the 60s.  I know we must never, ever forget the horrors of slavery.  But I feel certain that back then many people did decry the Jim Crow laws.  So, isn’t it better to have Atticus a kindly man?  A devoted father?  A man seeking justice regardless of the color of the defendant’s skin?

I am not going to quote from Harper Lee’s first novel, Go Set a Watchman.  I think anyone who loves Atticus, Scout, and Jem, who hates racism can decide whether or not to go down this path.

The Nightingale by Kristen Hannah

Hard on the heels of the thrilling novel of World War II and a pair of youngsters caught up in the Nazi invasion of France, I approached Kristin Hannah’s latest novel, The Nightingale, which involves the same subject.  This time, however, no young German boys were involved.  Anthony Doerr’s novel, All the Light We Cannot See, would be a hard act to follow.  Kristin Hannah has placed a close second to Doerr.

Kristin Hannah has written a slew of novels and has an impressive list of awards.  She lives in Hawaii and the Pacific Northwest with her son.

The Nightingale tells the story of two sisters.  When their mother died, their father shipped them off to boarding school.  Vianne, the elder of the two, becomes pregnant and soon marries the father of her daughter, Sophie.  Vianne’s father does not approve of the husband or the marriage, so he sends her and Sophie to a summer home in the south of France.  Meanwhile, her younger sister, Isabelle, is charming, beautiful, precocious, and very much the rebel.  She runs away numerous times, and finally is expelled from the school.  She returns to Paris and her father’s bookstore.  Then, the Nazis invade France, and chaos takes over.  Papa orders her out of the house, gives her money for a travel to Carriveau to join Vianne in what he believes to be relative safety.

Vianne’s husband leaves for the front, and is soon a P.O.W.  Shortages begin, and then the Germans arrive and occupy the town.  Vianne’s house is requisitioned by a German Captain.  She must allow him to live in her home, or Captain Beck will seize the house and expel her and Sophie.  Then Isabelle shows up.  All this occurs in the first 20 pages or so, so the meat of the plot lies sprawled before the reader.

While exciting in spots, something about the writing seemed a bit off in places.  I detected shades of a romance novel here and there, which is Hannah’s primary genre.  However, I never wanted to abandon the novel, even though I believe I subconsciously compared Hannah to Doerr.  The novel is heavy on dialogue, and I found myself wishing for more introspection, more description.  Here is a sample of Isabelle’s desperate attempt to escape Paris.  Hannah writes, “Hours passed.  The automobile made its slow, agonizing way south.  Isabelle was grateful for the dust.  It coated the window and obscured the terrible, depressing scene. // People.  Everywhere.  In front of them, behind them, beside them, so thick was the crowd that the automobile could only inch forward in fits and starts.  It was like driving through a swarm of bees that pulled apart for a second and then swarmed again.  The sun was punishingly hot.  It turned the smelly automobile interior into an oven and beat down on the women outside who were shuffling toward…what?  No one knew what exactly was happening to them or where safety lay ahead. // The car lurched forward and stopped hard.  Isabelle hit the seat in front of her.  The children immediately began to cry for their mother. // ‘Merde.’  Monsieur Humbert Muttered. // ‘M’sieur Humbert,’ Patricia said primly.  ‘The Children.’ // An old woman pounded on the car’s bonnet as she shuffled past. // ‘That’s it, then, Madame Humbert.’ he said.  ‘We are out of petrol’”  (36). 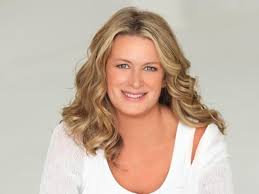 I also encountered a few phrases my creative writing class might recognize as clichés.  But despite all the minor drawbacks, it is an exciting story with lots of twists and turns.  Kristin Hannah’s latest novel, The Nightingale will certainly hold a reader’s attention all the way to the end.  4-1/2 stars.