The Bees by Laline Paull

When I first heard about The Bees by Laline Paull, I was skeptical, but then I remembered the same skepticism I had when I heard about The Wild Trees by Richard Preston.  Trees affected me deeply, and completely changed the way I look at trees.  A slight buzz drifted through journals and newspapers about the novel, so I decided to plunge in and see for myself.  One of the things that drove me to this decision were the three excellent blurbs on the cover by Margaret Atwood, Emma Donoghue, and Madeline Miller.  I have read all three of these authors, and I trust their judgment.

Debut novels almost always throw up a red flag, but I believe this is one of the best I have seen in a long time.  The author’s note on the jacket flap is sparse.  She studied English at Oxford, screenwriting in Los Angeles, and theater in London.  She lives in England with her photographer husband and their three children.

The novel tells the story of Flora 717, a “sanitation worker” in a hive, set in the English countryside.  The hive runs under a strict hierarchy: the Queen – referred to as the “holy mother” – then “princesses” referred to as the “Sage Class,” then forager bees, drones (males who live off the hive, but die when they first mate with a queen).  Flora has aspirations of a higher status, but breaking into that 1% at the top of the hive is nigh near impossible.

The bees have an intricate system of communication involving the smells they leave behind and follow home.  The have elaborate dances to transfer the knowledge of blooming flowers to the other foragers.  I recall writing a paper about "The Dance Language of Honey Bees" when I was in high school.  They also communicate telepathically through their antennae about their hopes, fears, and sins.

The novel is heavily allegorical with many references to “Holy Mother,” “Devotion meetings” when the hive gathers to experience the love of the mother.  A constant chant among the bees is “Accept, Obey, Serve.”  They pray for the mother to lay healthy eggs, chanting “Hallowed be thy womb” (75).  The hive really rises to the level of a cult. 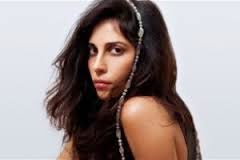 Paull writes, “conversations always concluded with the acknowledgement that Her Majesty continued to lay at magnificent speed and volume and was more beautiful than ever, and as she was the mightiest force in the universe, this rain must be a sign of her displeasure, and so they must all work harder.  Accept, Obey, and Serve” (137).

After a forbidden dalliance with a drone, which may have been non-consensual, Flora finds herself about to lay an egg.  Only the queen may breed, and the penalty for Flora would be death.  But a “visitation” occurs, when a beekeeper removes part of the comb, and Flora’s egg is destroyed.

I will never look at bees, bee hives, and honey the same way again.  Laline Paull’s splendid novel, The Bees, is a most entertaining read, and I gladly give it 5 stars