Quite a few years ago, a friend recommended Independence Day by Richard Ford.  It was the early days of my “Rule of 50,” so I decided to stop around page 23.  Then, recently, in an assignment in a graduate class, the novel loomed before me.  I had no choice but to claw my way through the nearly 500 pages of smallish font.  To my surprise, I engaged the character, Frank Bascombe almost immediately.  I began to see the character types Ford drew, and I quickly came to an understanding of his purpose in writing this story.  That fact that he reminded me of Richard Russo only added fuel to my reading.  Since then, I have been accumulating the rest of his works.

Rock Springs: Stories is an interesting collection of tales of middle America and the characters straddling the line between good and evil, love and hate, success and failure. Ford’s prose is simple and straightforward.  Most of the characters have a matter-of-fact attitude towards their situation.  In the title story, Earl and Edna are driving a stolen car across the country with their daughter Cheryl in the back seat.  The car breaks down, and they do worry about a state trooper stopping to help – but only for a minute or two.  They want to make it to the next town so they can steal a new car. 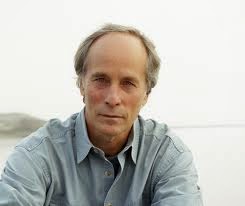 I really didn’t have one favorite story – I enjoyed them all equally.  However, I did enjoy this exchange between the narrator, Russ, and Arlene, his wife in the story titled “Sweethearts.”  “‘What do you think when you get into bed with me every night?  I don’t know why I want to know that.  I just do’ Arlene said.  ‘It seems important to me.’ // And in truth I did not have to think about that at all, because I knew the answer, and had thought about it already, had wondered in fact, if it was in my mind because of the time in my life it was, or because a former husband was involved, or because I had a daughter to raise alone, and no one else I could be absolutely sure of. // ‘I just think,’ I said, ‘here’s another day that’s gone.  A day I’ve had with you.  And now it’s over.’ // ‘There’s some loss in that, isn’t there?’ Arlene nodded at me and smiled. // ‘I guess so,’ I said. // ‘It’s not so all-bad though, is it?  There can be a next day.’ // ‘That’s true,’ I said. // ‘We don’t know where any of this is going, do we?’ she said, and she squeezed my hand tight. // ‘No,’ I said.  And I knew that was not a bad thing at all, not for anyone in any life. // ‘You’re not going to leave me for some other woman now, are you?  You’re still my sweetheart.  I’m not crazy, am I?’ // ‘I never thought that,’ I said.” (67-68).

Other stories involved sons reminiscing about their childhoods, a crotchety old man who finds children playing with fireworks bothersome, and some Native Americans trying to scratch a living in the plains of Montana.

These stories all please on different levels.  I found much empathy for the struggles of these “ordinary Americans,” and I wanted them all to get what they wanted.  I think you will find – as I did Richard Ford’s 1987 collection of short stories, Rock Springs, a most pleasing companion on a rainy afternoon.  5 stars

Posted by Chiron at 1:29 PM No comments: Links to this post

During my younger days, I had a passion for genre fiction – fantasy and science fiction – but mysteries and detective fiction never held my attention.  A good friend picked Sister by Rosamund Lupton for our March Book Club, so I read with a slight sense of "I won't like this!"  As it turned out, it was not so much a detective novel as a psychological exploration of a family torn apart following the death of a child, a divorce, the scattering of siblings, and finally the disappearance of a young woman, Tess -- an art student with quite a free spirit.  Much to the dismay of her mother and sister, she had a bit too much of a free spirit.

Bea and Tess, as they called each other, had developed an extremely close relationship, even though Bea had left London for a design job in New York.  She spoke frequently with Tess, and as Bea mentioned several times, “they had no secrets.”  Bea boards the next flight to London and moves into her sister’s flat, hoping to reconnect with Tess.  The police seem oddly unconcerned about the disappearance of Tess, and Bea convinces herself she is alive and will soon turn up.  The novel takes a dark turn when a cast of characters begin to appear.

When her body turns up in a crusty, disgusting public toilet, Bea begins formulating all sorts of scenarios to explain her death.  The police firmly belief the death resulted from suicide.  I won’t say why, because those details are all part of the plot.  I searched for a quote to exemplify Lupton’s tight, suspenseful prose, but most of them revealed plot details, which are full of cleverly placed red herrings.  For example, three men are mentioned as have a Labrador retriever for a pet.  The author fooled me, because they had nothing to do with the crime.  So, I settled on the first paragraph.  Lupton writes, “Sunday Evening.  Dearest Tess, I’d do anything to be with you, right now, right this moment, so I could hold your hand, look at your face, listen to your voice.  How can touching and seeing and hearing – all those sensory receptors and optic nerves and vibrating eardrums – be substituted by a letter?  But we’ve managed to use words as go-betweens before, haven’t we?  When I went off to boarding school and we had to replace games and laughter and low-voiced confidences for letters to each other.  I can’t remember what I said in my first letter, just that I used a jigsaw, broken up, to avoid the prying eyes of my house mistress.  (I guessed correctly that her jigsaw-making inner child had left years ago).  But I remember word for word your seven-year-old reply to my fragmented homesickness and that your writing was invisible until I shone a flashlight onto the paper.  Ever since, kindness has smelled of lemons” (1). 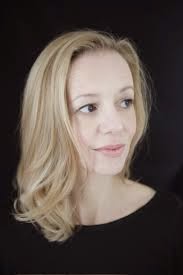 Believe it or not, several phrases and images in this first paragraph connect directly to numerous points in the plot.  I love a psychological novel, and the bond these two sisters had revealed them both to be interesting characters, with a complex relationship to each other, their mother and absent father, their dead brother, Leo, and numerous other characters in the novel.

Sister, by Rosamund Lupton, will draw you into this complex web, and wonder at their strengths and weaknesses.  To fans and non-fans of suspense I highly recommend this debut novel by a young British writer.  5 stars