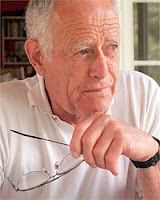 This novel represents a perfect example of why the “rule of 50” works. I read two novels and a volume of his short stories years ago and then collected a couple of his other works. The next I read was Cassada. I decided to go back to Salter this week and found a bookmark on page twenty. As I began to read, the unusual names rang a bell, and then I remembered. I began it, but did not like the first chapter. This time I decided to push on, because Salter’s prose is tight and brief without being stingy.

What I did not like about the first chapter was all the military acronyms and lingo, but this time I fought through them, and they became another part of the story even without the meanings. Salter has packed an emotional and thrilling story in just over 200 pages.

About two-thirds of the way through, he begins weaving the ending into the narrative. Then he grips the ending and follows through for the last 40 pages, which I saved it for my morning tea. Wow! What a wallop! Wonderful story, wonderful characters.

If you do not know Salter, try him out. Light Years, Solo Faces, and Dusk and Other Stories would be the best places to start. Save Cassada for the day you are hooked and admire his prose as much as I do.

The New York Times featured him on February 11, 2001 when it reviewed this novel. The link is: http://www.nytimes.com/books/01/02/11/specials/salter.html. Five stars.