The Last Estate by Conor Bowman

One of my favorite works from the Middle Ages is the poem “Lanval” by Marie de France. Lanval, a handsome, courageous, but penniless knight of King Arthurs’s Round Table, has been ignored by his fellow knights. One day, he meets an incredibly beautiful, fabulously wealthy woman, who has traveled for the sole purpose of making Lanval her lover. She also has magic, and grants Lanval anything he wants or needs, on one condition: he must not reveal their love for each other.

Conor Bowman’s novel, The Last Estate, has almost this same situation set in France before, during, and after World War I. Christian Aragon lives on an ancient vineyard with his parents and older brother, Eugene. Hopes for the success and continuation of the vineyard lie with Eugene, who volunteers for the French army and is killed in the early days of the war. Christian is a studious boy but a poor imitation of his older brother in the father’s eyes. Christian does not want to work in the vineyard -- he wants to go to school and study. Then he meets Vivienne, an incredibly beautiful woman.

Many passages reminded me of A Portrait of the Artist as a Young Man, especially when Christian struggles with fire and brimstone religion and the desires of the flesh as he teeters on the edge of adulthood.

Christian’s relationship with his father and mother and his school mates – girls and boys – recall many of the scenes of emotional turmoil found in Camus’ A Happy Death and a posthumously published, unfinished novel, The First Man. 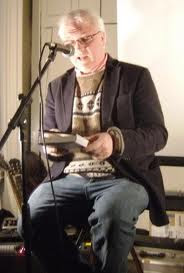 The Last Estate is due for publication this month. Do whatever you have to do to get a copy of this novel. 10 stars out of five