Confusion best explains my feelings about this novel. Chef tells the story of Kip, a retired soldier in the Indian army, who served as a chef for General Kumar, a hero of the Wars between India and Pakistan. Kip is the son of a military hero, and Kumar named him as an apprentice cook to fast-track him to a military career as an officer. At first he learns from the General’s cook, Chef Kishen, but after Kishen’s suicide, he takes over General Kumar’s kitchen. Most of the story involves flashbacks. The novel opens fourteen years after Kip leaves the army. He recounts his memories as he travels by train to prepare a wedding feast for the daughter of General Kumar.

Food plays an integral role in this story – Jaspreet compares almost everything to ingredients, recipes, and dishes. Kishen and Kip find particular delight in adapting Indian, Pakistani, and foreign dishes to the tastes of Kumar and his staff. Jaspreet writes, “Most important things in our lives, like recipes, cannot be shared. They remain within us with a dash of this and a whiff of that and trouble our bones” (4). This pretty much sums up the novel, since Kip – and most of the characters -- carry secrets all over the map of the disputed territory of Kashmir. 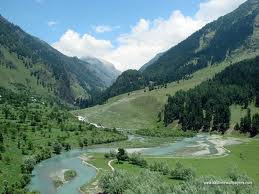 It has always been my custom to circle words I do not know when I am reading. Then, when I come to a stopping point, I look them up and write the definition in the margin. I started doing this in Chef on the first page, but after a dozen pages or so, I gave this up.

If this novel has a flaw – one common among many “ethnic” novels – it is because of many, many terms completely unfamiliar to me. I could only work out a few from the context. I gathered most were ingredients and dishes peculiar to the Indian sub-continent and the area of the Kashmir/Pakistan border. Other than that, I had no idea how those ingredients fit into the story.

If I decide to read this novel again, I think I will try and find a dictionary of food for the Indian Sub-continent. (4 stars?)