Between the Acts by Virginia Woolf

I really like Virginia Woolf. Mrs. Dalloway, Orlando, and To the Lighthouse number among my favorite novels. Her letters and diaries also provide wonderful insights into this troubled but brilliant author. Michael Cunningham’s gripping novel, The Hours, weaves together Woolf’s writing of Mrs. Dalloway, and a housewife reading the novel in the 50s, and a 90s woman planning a party for a friend who has won a poetry prize. Between the Acts – along with Dalloway and Lighthouse -- also found their way into Edward Mendelson’s interesting work, The Things That Matter: What Seven Classic Novels Have to Say About the Stages of Life. (See my review elsewhere). So, I have a strong connection with Woolf. Acts is the only one of her novels I have never read.

That was a long introduction to get to what I wanted to say -- I was somewhat disappointed in this story. I found the plot confusing, which only exacerbated the difficulty of keeping the characters straight. Some characters were referred to by name, but I had to guess who was whom when unnamed characters appeared.

The novel relates the events of a single day in the life of the Oliver family who host a village pageant at their country estate. Beneath the surface, the villagers suffer from sorrow, boredom, angst, and confusion about the pageant, which tells the story of a number of episodes from English history. The play reveals the inner conflicts and dissatisfactions they all share. 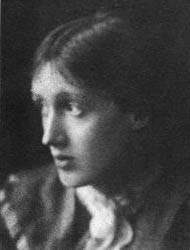 Woolf’s wonderful prose flowed over every page, but the interruptions to clear up confusions diluted my enjoyment. True, I did have a lot on my mind last week, so I will try this one again later. Also, this was her last novel before she walked into the River Ouse, so perhaps it needed much more work, she knew it, and was exhausted to the point of giving up. (3-1/2 Stars)