An old saying goes, “Don’t judge a book by its cover.” Well, that is exactly what I did when I bought this book. An intriguing picture dominates the cover, and the mention of a “box of memories” on the jacket clinched the deal. This first novel was every bit as intriguing and exotic as the jacket.

Josianne works as an assistant in the faculty offices of a university in Paris, France. She has in her possession a box with a curious assortment of photos, letters, envelops, coins, gloves, and a few other personal items. Louise Brunet owned the box and assembled the contents. Upon her death, no relatives claimed her possessions, so the box came to Josianne. She places the box in the office of a new professor, Trevor Stratton. He becomes obsessed with the contents, and goes on a wildly imaginative journey, creating lives and events for the individuals in the pictures and mentioned in the letters.

The story has an air of mystery and charm, with some tragedy mixed in, along with some love, and several scenes of brief but intense eroticism, and a dollop of magic realism for some spice. Louise’s story becomes Trevor’s, and Trevor’s becomes Josianne’s, and Josianne’s becomes Louise’s story. Separating truth from reality, from fantasy, and from myth make this a most enjoyable read. Illustrations of the contents of the box accompany Trevor’s spinning of the tale. 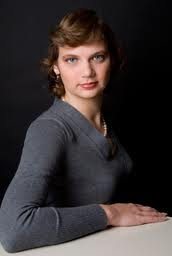 As I read, I became more and more intrigued. In the top of my closet, I have a box of memories. Most of them associated with a pen pal I had over a 30 year period. Photos, postcards, letters, small items, even coins and money make up a story only I know. I got out the box after finishing this novel, and roamed over the landscape of my memories dating back to 1965. Maybe I should write it all down before someone else does it for me.

This is a most enjoyable read, and I heartily recommend it. Five stars