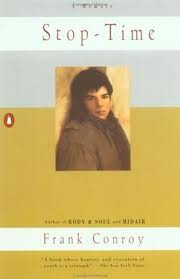 This book came to my shelves after I read Mentor: A Memoir by Tom Grimes, reviewed here in March of this year. Frank Conroy was Tom’s Mentor, and Stop-Time was Conroy’s best known work at the time.

The story reminds me of a cross between Holden Caulfield of J.D. Salinger’s Catcher in the Rye and Stephen Daedalus of James Joyce’s A Portrait of the Artist as a Young Man. Young Frank Conroy has quite an interesting childhood, getting himself into a whole assortment of scrapes. He even ends up in Paris – as did Joyce when he graduated from college.

Even the episodes when Frank was a toddler were so absorbing. He was also brutally detailed in telling some of his experiences – his first kiss and his first sexual encounter. He did enough work to get by, but in the end he was accepted at Haverford College on the Philadelphia Main Line. Haverford was, and still is, a quite prestigious school.

At one point he ran away from his home in New York City with only a few dollars. He managed to make it all the way to Baltimore before his money ran out with his resolve to leave home.

One incident sounded right out of the mouth of Jean Shepherd, the great story-teller of Middle America. With a friend, he tries to peep into the window of a girl in the neighborhood. Conroy writes,

“Alone with the scent of flowers trickling down my throat like syrup, I watched the windows. Was that a pair of arms moving behind the blinds? Legs perhaps? An immense stone rolled over in my chest. Good Gog! Was that a thigh? Was that a bare shoulder? Lust exploded inside me, pure, hot lust bathing me like internal sunshine” (127) 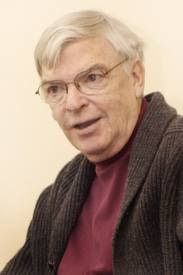 Frank was about 12, and they never did a see anything. Illicit cigarettes, skipping school, fooling around with his friends, are all here in wonderful prose. His years at a boarding school, moving back and forth from Florida to New York with his mother, sister, and step-father are all woven together to make an interesting tapestry of life in the late 50s and early 60s.

Stop-Time will have to be ordered, but you will not regret the effort. 5 stars