Emma Newman currently lives in Somerset, England, not terribly far from where she was born in a coastal village. After graduating from Oxford, she worked in magazine publishing, web site information architecture, and had a stint as a teacher. She has also recorded audio book versions of her works. Emma has published a collection of short stories, From Dark Places, and the forthcoming novel, Split Worlds…It Begins. Twenty Years Later is her first novel.

Sporadically, I have encountered dystopian literature and enjoyed what I have read – The Lord of the Flies, 1984, Brave New World – without ever actually seeking it out. When I first heard about Emma Newman’s YA novel, I experienced a twinge of skepticism. However, she captured my attention on the first pages.

20 Years After recounts the story of London, 20 years after a mysterious event which wiped out most of the adults. Left behind, gangs of young boys occupied and defended patches of the city with violent and frequently deadly consequences. Miri, a woman knowledgeable in the field of medicine, and her son Zane occupy a garden in an area bordered by three gangs – The Gardners, the Red Lady gang, and the Bloomsbury boys. Miri tries to protect Zane from the outside world. The garden and their house provide a safe haven from the violence of the city. Despite her efforts, Zane befriends one of the Bloomsbury boys, and the outside encroaches on their lives. 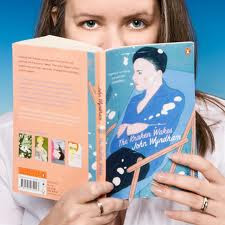 Only an occasional piece of conversation betrays the youth of these gang members and reminds me I am reading a YA novel.

Not only is this a first novel for Newman but also the first novel published by Dystopia Press, a local publisher in Central Texas. 20 Years After is the first volume of a trilogy, and I eagerly await parts two and three. 5 stars