Make It Stay by Joan Frank

This fifth work of fiction by Joan Frank, who has won a slew of short story and fiction prizes, has a peculiar style, which took a few pages for me to fully appreciate.

Make it Stay reveals the history and inner workings of two couples. Neil, of Scottish ancestry, has passed the bar exam, taken out a loan, and opened a personal injury practice in Mira Flores, a small community in Northern California. The first person he meets is Mike Spender, something of a hippie, who runs a tropical fish store with the clever name of “Finny Business.” Mike frequently travels to the South Pacific to capture stock for his store. He takes Neil on one of these expeditions. Rae moves in with Neil, and while he cooks dinner for a group of their friends, he begins telling her the story of his adventures with Mike and his wife, Tilda.

Frank has told Make It Stay in a conversational style, which can only be described as casual, bordering on stream of consciousness. As the interesting and absorbing story spins out, I felt as if I sat – late at night -- on a comfortable sofa, with a close friend unburdening herself. Rae narrates the story of the two couples, and I can even see her looking away, absorbed in thought, trying to recall some detail pertinent to the tale of the complicated lives these four experienced.

As an example of this style early on in the story, Rae muses on a noisy screen door,

“Abrupt and bracing and welcome, the blueing air out the back door—door that screams like a raptor every time it’s opened. I don’t oil it, because as much as the sound claws at me, I think someday it might announce a burglar – though in truth, an intruder could easily enter any of the old back windows while both of us slept sweetly on. “We’ll replace these windows soon,” Neil mutters as we descend the wooden stairs; he is thinking the same thing, which happens more and more these days, and touches me. The skin of my bare arms tightens against the temperature; I should’ve grabbed a sweater. Sun low, piercing smell of late day, chimney smoke, crushed leaves, cooling earth; aromas of our own pending dinner; of neighbors’ dinners. Oh, Sundays! Unbearable time. Implacable stillness. The jay’s cry, its flash of blue wing. Tang and clarity that cut, when the nearness of the beloved is about the only thing that keeps you from doubling over.” (60) 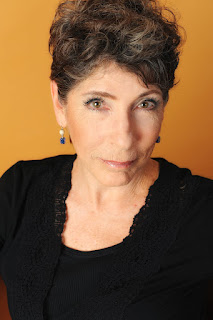 Prose this poetic does not come along nearly enough for my tastes. So a mixture of wonderful prose, complicated relationships, memory, friendship, loyalty, a nifty, interesting style, an a somewhat unexpected conclusion all come together for a wonderful read that I found hard to put aside.

Due out soon, keep an eye out for this most excellent read. Kudos to Permanent Press, a small independent publisher, for supporting authors of this caliber. Make It Stay is Frank’s third novel and the second published by Permanent. 5 stars.