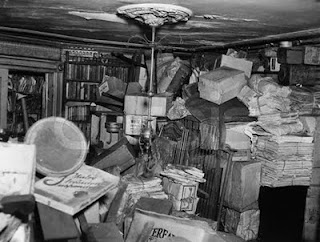 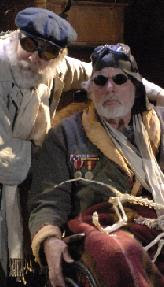 Twenty some years ago, my admiration for Doctorow rose to quite a high level, then, for some unknown reason, I lost touch with his work. I really enjoyed Ragtime, Welcome to Hard Times, and Lives of the Poets. While at an American Library Association Convention, I grabbed an advance reader’s edition of his latest work. Why I lost track of him is now an even a greater mystery.

Doctorow has a wonderful talent for telling interesting stories really well. Homer and Langley Collyer, real-life brothers, live alone in their childhood home on Fifth Avenue in New York City. Homer narrates the story, which takes place over the course of most of the 20th century. In this fictionalized account, Doctorow weaves numerous historical events into the lives of these fascinating characters.

Langley, a World War I veteran, suffers from the effects of a mustard gas attack in the trenches. His younger brother, Homer, suffers from blindness, which began when he was a child. Together, these two manage to survive the vagaries of big city life, including the inevitable problems with neighbors, the city, the press, and the police.

Homer, the much more perceptive of the two, provides lots of details about their life, loves, and philosophy. One particularly poignant revelation came from a discussion during World War II. Doctorow wrote, “So for a day or two I did feel as Langley felt about warmaking: your enemy brought out your dormant primal instincts, he lit up the primitive circuits of your brain” (90).

The two brothers also interact with a large cast of odd and disparate characters. One, a writer from France, who travels about America “trying to get” America so she can “understand it” (184-85) inspires the blind Homer (yes, I noticed that little detail) by urging him to write their story. She tells him, “You think a word and you can hear its sound. I am telling you what I know – words have music and if you are a musician you will write to hear them” (202).

This lyrical, interesting, engrossing novel never fails to delight. Rush out and get a copy – you won’t be disappointed! I liked this book so much, I went out and bought a hardcover copy this morning. Five stars

'Homer and Langley' was my introduction to E.L. Doctorow. Oh! What I have missed all these years! I just love this novel!

I had no idea when I read it that it was based on real brothers. Having investigated further, the novel is loosely based on their lives and is very much a fictional vehicle in which to explore human individualism and ethical thought.

The interesting way in which significant historical 20th century events, social change (and social inertia) are interwoven with the history of two idiosyncratic and very symapethic characters makes for compelling reading.

I, for one, agreed with nearly every one of Langley's stubbornly held beliefs. Was Homer a circumstantial prisoner to his brothers beliefs? Perhaps, but despite his blindness, he had every opportunity to 'escape' if he so wished. I think their lives were a journey they chose to undertake together.