I Capture the Castle by Dodie Smith

A good friend in my book club recommended this, and I was a bit skeptical when I found out it was a young adult novel. However, I Capture the Castle proved to be a mixture of Brontë, Austen, with a dash of Dickens – in short a wonderful read that tells a story of interest to any serious reader.

Cassandra, the narrator, is 17 on the verge of 18. She has finished school and decided to keep a diary to help her learn to write. Her wonderfully quirky family includes her younger brother Thomas, an older sister Rose, her father James Mortmain (the author of a well-received novel who is now blocked), his wife Topaz (the children’s stepmother), and Stephen, the son of a deceased housekeeper of the Mortmain’s who had nowhere to live. Heloise (the beloved dog), Abelard (the cat), and Miss Blossom (a dress form with a personality all her own) round out the main cast.

The family has serious money problems, and one day, two Americans arrive to take possession of the estate on which the Mortmains live.

Cassandra is one of the best narrator/characters I have ever had the pleasure of sharing all the joys and sorrows of growing into adulthood. She has a marvelous imagination, and places herself in all sorts of situations. She goes for a walk with Stephen. Smith writes, “As we pushed aside the first green trails of larch I thought, ‘Well, this will disprove my theory that things I’ve imagined happening never really do happen.’ But it didn’t – because everything was so different from my imagining. The wood had been thinned out, so it wasn’t cool and dark as I expected; the air was still warm and the rays of the sinking sun shone in from behind us. The tree trunks glowed redly. There was a hot resinous smell instead of the scent of bluebells – the only ones left were shriveled and going to seed” (251). 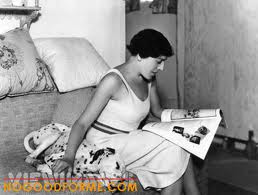 Reading this prose, I felt as if I were in the room as she told me the story of her life. The prose is simple, yet elegant, descriptive without being overbearing – in a word: marvelous. She cleverly hid the ending in quite a few clues that only made sense when I finished the book. I hated to put it down and read it in three chunks of about 15%, 35%, and 50%. I also watched the film which was pretty good, although as expected several scenes were deleted, shortened, or combined with others. Despite this minor disappointment, I thoroughly enjoyed the movie, but I loved the book completely. A must read for anyone with the slightest touch of the romantic. 5 stars

I read this book when I was 11. I hated it. As a grown woman, I thought this might have been because of my own unrealized sexuality. On second reading, I hated it.