The Sense of an Ending by Julian Barnes

I haven’t read any Julian Barnes since Flaubert’s Parrot and History of the World in 10-1/2 Chapters in grad school. When the 2011 Booker Prize went to Barnes for A Sense of an Ending, I pounced on it. My complete set of Booker Prize winning novels is one of my prize collections.

Ending is divided into two parts. The first tells the story of four friends in high school: Colin, Alex, the narrator Tony Webster, and a newcomer to the school, Adrian Finn. The boys graduate and slowly drift apart. Then Adrian dies unexpectedly, and the memories come crashing down on Tony. Part of his past also reappears in the form of Veronica – a woman Tony cared about deeply, but who dropped him rather abruptly and unkindly. That’s it – no more plot.

The story is a lot more complicated, as Barnes delves into the sometimes distorted memory of Tony, who as Veronica says, “doesn’t get it.” Tony hasn’t really given much thought about the details of his life in years. The novel opens with a list of images, which re-appear throughout the novel. These images, first out of, and then, in context provide an interesting backdrop to the story.

Barnes has written a novel which begs to be read in a single sitting. His prose mesmerizes the reader and creates a hunger for more of the details of Tony and his friends.

Appropriately enough, the opening scene is a history class, and the boys offer differing interpretations of the past. Professor Hunt asked Tony, “What is history?” Tony replied, “History is the lies of the victors” … and then Hunt says, “as long as you remember that it is also the self-delusions of the defeated” (18). 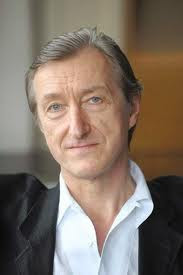 A most interesting question! Ultimately, Tony determines the significance of his memories, but a surprise ending brings the entire story into focus. 5 stars

If there is a book that you would want to just cling on, with your eye flaps not moving and your eyeballs petrified by the sheer cleverness of the author, this is the book to read. Every paragraph has a strange but welcoming obscurity to it, which makes a second read as good as reading a different book altogether. The days of careless mistakes that one could pass for have been put forward in a way that one feels the tingle of nostalgia framed with the question "What could have been!". A phased transition from juvenile carelessness to adult reciprocation, met with love, illicit sex, lies, betrayal, suicide, maths, and mysteries at frequent intervals, is something that one can relate to. And to top it all, the ending just steals the show.