Catherine the Great: Portrait of a Woman by Robert K. Massie

Forty some years ago, as I gathered textbooks at LaSalle College for another semester pursing a degree in political science, I happened to pass a textbook for a class which not in my major. I grabbed a copy, and thus began a lifelong interest in the history of Russia. Robert K. Massie has written a definitive biography of Tsarina Catherine II, known as Catherine the Great.

Well-educated, multi-lingual, cultured, free-spirited, graceful, with a good measure of beauty and charm only begins to describe this complex, intelligent woman.

Catherine, a voracious reader of the great enlightenment thinkers such as Diderot, Montesquieu, Beccaria, and, perhaps most importantly, Voltaire, attempted a radical reform of the Russian legal and economic systems. She titled her document the Nakaz, or “Instruction.” She believed a benevolent autocracy was the only form of government able to hold together the vast Russian Empire with its mind-numbing variety of ethnic groups, languages, philosophies, religious views, and social classes.

The same men who profoundly influenced our founding fathers, instructed Catherine in equal rights for men and women, religious freedom, strict limits on capital punishment, and the banning of torture. Unfortunately, the serfs, considered property tied to the land, would only receive limited benefits from this proposal. When the nobles finished hacking and sawing the 500 plus articles in her manifesto, barely a quarter of her two-year’s labor remained. Yet Voltaire hailed it as masterpiece of Enlightenment thought and practice.

I was particularly struck by some ideas and quotes of Voltaire’s incorporated into the Nakaz. For example, Catherine wrote, “Experience shows that the frequent use of severe punishment has never rendered a people better. The death of a criminal is a less effective means of restraining crimes than the permanent example of a man deprived of his liberty during the whole of his life to make amends for the injury he has done to the public” (350). This sentence is worthy of Jefferson, Washington, Adams, or Lincoln.

In prohibiting censorship and promoting free speech, she wrote, “censorship can be ‘productive of nothing but ignorance and must cramp the rising efforts of genius and destroy the very will for writing” (351).

When Catherine ascended the throne in 1761, she immediately put an end to a pointless, costly, and destructive war in Eastern Europe. She believed, as Voltaire wrote, “The victorious nation never profits from the spoils of the conquered; it pays for everything. It suffers as much when its armies are successful as when they are defeated. Whoever wins, humanity loses” (335). 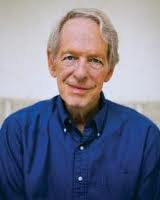 This meticulously documented biography covers Catherine’s life from her birth as Sophia in 1727 through her 34-year reign as Empress Catherine II to her death in 1796.

The only shortcoming – and a minor one at that – is the lack of genealogical chart to separate all the Catherines, Peters, Pauls, and Ivans which populated the Russian Empire during the enlightenment. Due for publication November 8th, be sure to add this fascinating biography to your TBR list. 5 stars.