The War That Killed Achilles: The True Story of Homer's Iliad and the Trojan War by Caroline Alexander

For many years, I have loved and admired Homer’s Odyssey. I never spent much time soaking up The Iliad, because the war and violence depicted never held much interest for me. However, Alexander’s excellent commentary on The Iliad, has completely changed my view of this great epic.

A professor once said, “There is only one story, and that is The Odyssey. All other stories flow from it.” At first, I thought this implausible, but the more I read, the more parallels I began to notice. Joseph Campbell’s monumental work The Hero with a Thousand Faces enlightened me further – not only to The Odyssey, but to many other pieces of literature from all cultures and time periods.

My world lit class took up Iliad this semester, and I decided to read this book to add something to the discussion. Not only did I completely enjoy this well-written and thoroughly documented book, but I greatly increased my knowledge of The Iliad and The Odyssey. I now see these two foundations of western literature as mirror images of each other, as well as complimentary windows into the worlds of the Achaeans and Trojans.

The Odyssey focuses on one main male character with a host of interesting, alluring, and powerful women. I have always loved the stories of Kalypso, Circe, and Nausicaa – not to forget “the grey-eyed Goddess," Athena. Iliad, on the other hand centers on three women – Helen of Greece, Andromache, the wife of Hector, and Breseis, cousin of Hector. The rest of the women are all in the background, and Achilles and many warriors and kings provide important elements that move the plot. 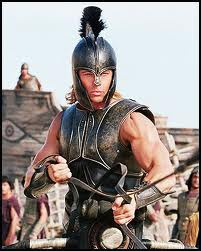 In addition to Achilles strong anti-war stance, his anger at Agamemnon’s seizure of Breseis – a prize he won in the initial battle before the walls of Troy -- provides the dramatic conflict which threatens the invading army of Acheans. 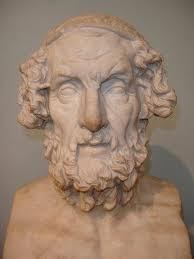 “I for my part did not come here for the sake of the Trojan
spearmen to fight against them, since to me they have done nothing.
Never yet have they driven away my cattle or my horses,
never in Phthia where the soil is rich and men grow great did they
spoil my harvest, since indeed there is much that lies between us,
the shadowy mountains and the echoing sea” (20).

Alexander then quotes the words of Muhammad Ali when he refused to submit to the draft, claiming the Viet Cong had never done him any harm (21). 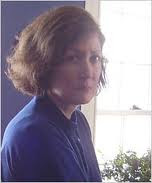 Throughout the book, Alexander highlights the absurdity of war, and even though the men fight for glory, Homer tells us there is no glory in dying. She brings home the real lessons of war. She describes what Achilles believes, “Life is more precious than glory; this is the unheroic truth disclosed by the greatest warrior at Troy… glory…is achieved through heroic poetry, in other words, through epic” (98).

This book belongs on my desert island shelf along with my copies of The Iliad and The Odyssey. 5 stars