On Tuesday, May 8th, the world of publishing lost a shining star. Maurice Sendak died at the age of 83. On the following Wednesday, Terry Gross re-played excerpts from four interviews she had conducted over the last 20 years or so. 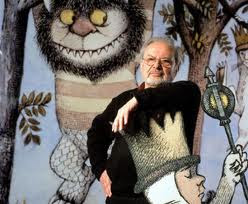 Sendak revealed he had drawn the characters in his most well-known book, Where the Wild Things Are, with characteristics of friends and family members. Over the years, I have read this book and had countless encounters with Max and the “wild things… with their terrible roars … terrible teeth … and terrible eyes … and terrible claws.”

Every child fears monsters of one kind or another, but Max tames the monsters with a magic trick and they “made him king of all wild things.” That led to “the wild rumpus.” Max gives up being “king of where the wild things are, But the wild things cried, ‘Oh please don’t go – we’ll eat you up – we love you so!’ And Max said, ‘No!’” I still can’t help chuckling over those lines.

Then, I began thinking of the many children’s books in my collection. I frequently search antique shops and used book stores to find copies of those books from long ago.

Some of the treasures I have unearthed are The True Book of Birds We Know by Margaret Friskey. This was the first book I borrowed with my new library card about 1955. Also from that time period is The Adventures of a Brownie by Dinah Marie Mulock, originally published in 1924; however, the dust jacket is exactly the one I remember. Mr. Popper’s Penguins by Richard and Florence Atwater dates from the 30s. My copy is from the 52nd printing, which attests to the staying power of classic children’s literature. 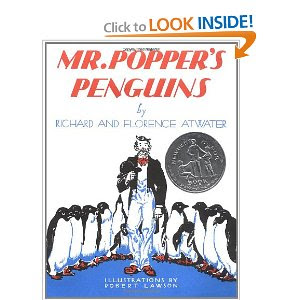 A series of non-fiction books introduced me to many topics in science. Published by Random House, the “All About” series has dozens and dozens of titles on all branches of science, including dinosaurs, mammals, archaeology, rockets, famous inventors, and the planets. Some of the illustrations in this wonderful series still come to mind. 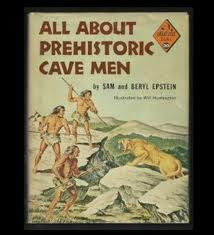 But my collection does not stop in the 60s. My wife started her library career as a children’s librarian, so she brought many classic children’s books to our marriage. Mike Mulligan and His Steam Shovel, Millions of Cats, and one of my favorites, The Owl and the Pussy Cat by Edward Lear. Recently, we began collecting books illustrated by John Muth. His The Three Questions, based on a short story by Leo Tolstoy, tells the tale of a young boy who has some questions about his life. I read this book to my literature classes.

I could go on and on with many more titles, but my point is that reading becomes a habit if instilled in children at an early age. Parents who read to their children lay a foundation for those children to become life-long readers. For all the wonderful children’s authors over the years – 5 stars