Revelations: Visions, Prophecy, and Politics in the Book of Revelation by Elaine Pagels

Elaine Pagels teaches religion at Princeton University, and she is best known for her studies ancient religious texts. I first heard of her during an interview on NPR’s Fresh Air. Her book, The Gnostic Gospels had just been published. Since then she has had books on the Gnostic Gospels of St. Thomas and Judas.

Her latest book, Revelations: Visions, Prophecy, and Politics in the Book of Revelation is every bit as interesting and readable for the non-biblical scholar as the others. She lists the curiosities of this final book of the New Testament, saying “The Book of Revelation speaks to something deep in human nature” (2). “Martin Luther wanted to throw [it] out of the canon, saying, ‘there is no Christ in it’ until he realized how he could use its powerful imagery against the Catholic Church, while Catholic apologists turned it back against him and other ‘protesting’ Christians” (3)

Pagels points out that the early church featured about 20 so-called books of “revelation.” These however, are quite different than the book John of Patmos wrote while in exile. While John focused on Judgment day and the end of the world, those others sought “the divine in [the world] now” (3). 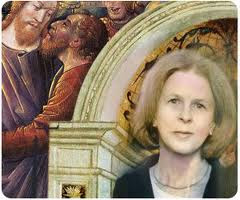 Pagels categorizes this book as “wartime literature,” because John had witnessed the terrible death and destruction the Roman Empire wrought on Judea, including the destruction of the temple in Jerusalem. She posits that “What John did … was create anti-Roman propaganda that drew its imagery from Israel’s prophetic traditions – above all the writings of Isaiah, Jeremiah, Ezekiel, and Daniel” (16). John’s “visions came to him – perhaps induced by prayer and fasting” (16-17). She then goes on to quote extensively from those Old Testament Books to draw parallels with John’s work.

Furthermore, John’s “great mountain, burning with fire” (20), may have been influenced by an event that happened ten years before, “when Mt. Vesuvius … erupted with great explosions that shook the earth and filled the air with a deafening roar” (20). Many of the fearsome monsters in Revelation bear striking resemblance to 3,000 year-old texts by “Israel’s poets and storytellers … [who told] how Israel’s God, like [the Babylonian god] Marduk, fought against a many-headed dragon, a sea-monster whom they called by such names as Leviathan and Rahab” (24-25). Both these names appear in the Old Testament. 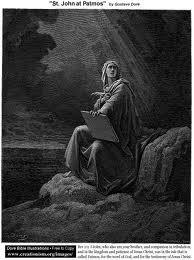 Ultimately, John’s Revelation used “cryptic images because open hostility to Rome could be dangerous” (30). Pagels cites other prophetic writers who “had written in coded language to hold out visions of hope (30), … when, for example Daniel challenged his fellow Jews to resist the tyranny of Antiochus IV, a successor of Alexander the Great who tried to force the Jews to assimilate into his empire” (30-31). John saw the Roman Empire as the personification of evil, and only Christ’s return could punish the Romans and reward those people who had stayed faithful.

Elaine Pagels’ Revelation is another fascinating piece of the puzzle which sheds much light on the formation of the early church. Her books are as irresistible as warm chocolate chip cookies.