The Train by Georges Simenon

Georges Simenon was a Belgian writer who wrote over 200 books and a number of short pieces. He is most well-known for his Inspector Maigret Novels. I never read Simenon, because I most closely associated him with detective fiction, a genre I do not care about at all. When I picked up a copy of The Train at a recent library convention, I decided to give him a try.

Simenon’s The Train, tells the story of Marcel Feron, his pregnant wife Jeanne, and their daughter, Sophie in the opening days of World War II. The Ferons lived near the Belgian border in the town of Fumay, where Marcel ran a small business repairing and selling radios.

When the Germans approached the French frontier, Marcel decided to bundle up his family and take a train south to no one knew where to escape the advancing Wehrmacht. Marcel and the men were herded into cattle cars, while the women and children were loaded into first class compartments. After numerous delays, the train left the station and all breathed a sigh of relief – but this was a bit premature, since their troubles had only begun. At one stop, a woman snuck onto the train and befriended Marcel. The two spend the rest of the trip together.

Marcel narrates from the perspective of several years later, and he worries about the details of his story. Simenon writes,

“One detail, for instance, has worried me a lot, because I am rather persnickety and tend to think over an idea for hours until I have got it right. When I wrote about the plane machine-gunning our train, about the fireman gesticulating beside his engine, and about the dead driver, I didn’t mention the guard. Yet there ought to have been a guard, whose job it was to make the necessary decisions.

“I didn’t see him. Did he exist or didn’t he? Once again, things didn’t necessarily happen in a logical way.
“…I know that my skin, my eyes, the whole of my body have never drunk in the sunshine as greedily as they did that day, and I can say for sure that I appreciated every nuance of the light, every shade of green of the meadows, the fields, and the trees” (96).

This scene occurs after Marcel and Anna have grown closer sharing this experience. Marcel thinks, “I wonder whether, that particular day, I didn’t get as close as possible to perfect happiness” (94). He suddenly has difficulty recalling the face of his wife and daughter. “I am writing this mainly in the hope of discovering a certain truth” (95). 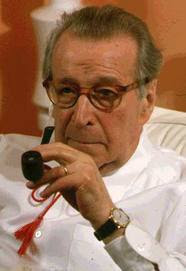 At only 153 pages, this short novel is packed with suspense and excitement. Several times I thought I had worked out the course of the story, only to find myself at a dead end. I would have read this in a single sitting, had not that pesky habit of eating dinner interfered.
The Train by Georges Simenon offers a whole new side of this well-known writer of detective novels. I intend to search for more of his shorter works. 5 stars.