Edna O’Brien was described by Jonathan Yardley, a reviewer for The Washington Post, as, “among the leading English-language novelists of the day.” My fondness for Irish Fiction led me to O’Brien, and the novels I have read are thoroughly enjoyable works. The reviewer also wrote, “Wild Decembers proceeds toward a climax that is Irish to the quick, violent, and sad and, in a strange way, beautiful. Just like the novel itself.” That is what I like about O'Brien – “Irish to the quick” with beautiful writing.

Wild Decembers! tells the story of Joseph Brennan and Michael Bugler. Joseph has a prosperous farm and lives with his sister, Breege. He not only farms and runs livestock on his own land, but he also rents out land from adjoining farms for his cattle and to cut peat for heating. Michael Bugler left Ireland for a sheep station in Australia, but has returned home with a small fortune and bought a run-down farm. He immediately begins making improvements, including the purchase of a tractor, which is noisy and bothers the quiet of the villagers, who cling to the old ways of farming. Michael falls in love with Breege and decides he will fix up the estate for her.

As Michael buys up the grazing and peat cutting rights Joseph’s family has informally held for years, tension grows between the men, and suddenly lawyers and lawsuits abound – almost like Dickens’ Bleak House.
I spent some time during Spring Break on a farm, and I could see farming is hard, hard work. O’Brien writes,

“[Michael] had read the books on turf cutting and consulted Thady, an old man who had once been the fastest slanesman in the country. Earnestly he had listened, then watched as Thady brought in a rusted slane from an outhouse and, using the kitchen floor as a bog, enacted the stripping off of the top skin of grass, then marking out the bank, and with the slane having to dig and dig, doing it slantwise so as to cut the sods straight.

“In the kitchen it had been an amusement, but out there in the heat and dryness, insects crawling over him, his back breaking from having to bend and push in an unaccustomed way, he realized he had never worked so hard or so gruelingly and yet so satisfyingly.” (124). 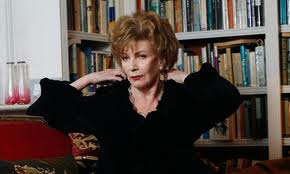 The disputes and law suits escalate and Joseph faces ruin after losing at every turn. Then he discovers Breege and Michael have been secretly meeting.