The Haunted Bookshop by Christopher Morley

After books about English Professors and literature – or perhaps before, it is an extremely close race – I love novels set in bookstores.  Christopher Morley has an especially warm place in my heart, since he is a Philadelphia native and a journalist to boot.  Novels by former newspaper people are a close third on my list.

Morley’s second novel, The Haunted Bookshop, starts out as a whimsical tale of Roger Mifflin, an eccentric owner and operator of the shop.  An interesting cast of characters haunts the shop.  Set in about 1919, the prose, attitudes, and viewpoints of the characters might seem a bit dated.  I felt the faint glow of O. Henry who died in 1910.  While Morley does not have a clever twist at the end, the story does take a radical turn on the last few pages.

One day, Aubrey Gilbert stops by the shop and proposes an advertising campaign to increase sales.  Roger will have none of it.  He claims, “The people who are doing my advertising are Stevenson, Browning, Conrad, and Company” (7).  Thus begins a cascade of literary references, which tempted me beyond all reason to catalog.  Once I started, I could not stop, and ended up with six pages, single-spaced of authors and works, much to the amazement of my book club.  Some mentioned items were well-known, others not so much, but only a few escaped my research.  This makes a daunting and most interesting reading list. 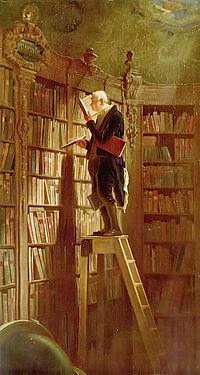 Aubrey persists without making any headway, but coincidentally, he does write ad copy for a Mr. Chapman, CEO of Dantybits Company, who also happens to frequent the shop.  Mr. Chapman has a daughter fresh out of “finishing school,” and he wants her to have some real-life experiences.  Roger agrees, and the young lady moves into the attic.

A peculiar set of booksellers – known as the “Corn Cob Club” -- also meet at the shop.  Mostly they decry the pitfalls and misfortunes of the bookselling business, as well as the theory and practice of stocking such a shop.

I have “haunted” many a shop like Roger Mifflin’s in my life, and I recognized the characters, the complaints, and the dusty shelves.  On one occasion, Roger is called to a noted bookseller in Philadelphia to appraise his collection.  The trip to the City of Brotherly Love turns out to be a fake, thus setting in motion the bizarre turn the story makes.  With some hours to spare before his return train to Brooklyn, Roger walks down Market Street to visit, Leary’s Bookshop, on 9 South 9th Street.  Leary’s operated for nearly 100 years at that location.  It closed in 1969, and was known as the oldest bookshop in America.  I spent so many fond afternoons in Leary’s I could not recount them all.  I happened to visit the day they announced the closing.  I stood on the sidewalk with tears streaming as though I had lost a great, good friend.  Indeed, I had. 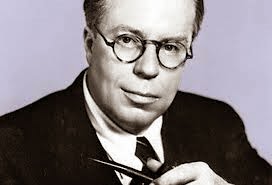 The copy I have is print-on-demand, and the editing and layout are atrocious.  If you order this quaint book, make sure a publisher is listed in the description.  The Haunted Bookshop by Christopher Morley will provide hours of fun – and not all of them actually reading – for anyone interested in books and literature.  5 stars.