Jeannine Hall Gailey is the Poet Laureate Emeritus of Redmond Washington.  Garrison Keilior featured her work on The Writer’s Almanac.  I reviewed her third book of poetry, Unexplained Fevers, in 2013.  She has won numerous awards, and her works has appeared in The Iowa Review, American Poetry Review, and Prairie Schooner.  Becoming the Villainess is her first collection.

As I wrote in 2013, Jeanine Hall Gailey’s third book of poetry, Unexplained Fevers, helps the heroes and heroines of fairy tales step out of the towers and oppressive households.  She uses these poems as allegories for the problems facing many people today.  In Becoming the Villainess, she dips into the world of comic book superheroes and their exaggerated physical features.  She writes, in the poem, “Female Comic Book Superheroes” “are always fighting evil in a thong, / pulsing techno soundtrack in the background / as their tiny ankles thwack // against the bulk of male thugs. / They have names like Buffy, Elektra, or Storm / but excel in code decryption, Egyptology, and pyrotechnics. // They pout when tortured, but always escape just in time, / still impeccable in lip gloss and pointy-toed boots, / to rescue male partners, love interests, or fathers. // Impossible chests burst out of tight leather jackets, / from which they extract the hidden scroll, antidote, or dagger, / tousled hair covering one eye. // They return to their day jobs as forensic pathologists, / wearing their hair up and donning dainty glasses. / Of all the goddesses, these pneumatic heroines most // resemble Artemis, with her miniskirts and crossbow, / or Freya, with her giant gray cats. / Each has seen this apocalypse before. // See her perfect three-point landing on top of that chariot, / riding the silver moon into the horizon, / city crumbling around her heels” (5).  She spans the objectification of woman from the Ancient Greeks through the Germanic tribes to the teenage boys spending hours before a video console.  Some things never change. 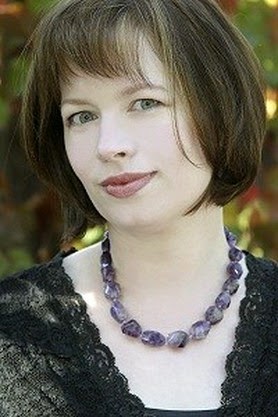 My favorite of this collection, “Alice in Darkness,” deftly manages to put a favorite children’s story into a more realistic venue.  She writes, “Forget tears.  Chasing / white animals with timepieces / in this drug-trip landscape / can only lead to more of same. / Hedgehogs, playing cards, paintbrushes: / full of undisclosed danger. / Didn’t your mother tell you / not to kiss strangers? / That Cheshire smile shouldn’t fool you. / Pull your skirt down. / Your nails are growing so fast / you’re hardly human. / Alice, fight your version of bedlam / as long as you can. / Sleep the sweet dream away / from that gooey looking glass, or mushrooms, / or the fear of your own body. / Forget what the night tastes like. / Stop wondering (sic) through the shadows, / holding your neck out / for the slice of the axe” (3).

Jeannine Hall Gailey’s first collection, Becoming the Villainess, foreshadows the wonderfully inventive and pleasing poems which would come later.  I sense a note of humor flowing from her experiences as a woman growing up in America today.  She has a fourth volume coming soon – The Robot Scientist’s Daughter --- and I look forward to seeing what she does with science fiction.  Five stars