I am not much of a fan of thrillers, but when Algonquin Books of Chapel Hill comes out with a novel, I read it, regardless of the genre.  Descent, by Tim Johnston might just change my view of suspense novels.

Johnston, a native of Iowa City, Iowa, teaches creative writing at the University of Memphis.  He has authored a young adult novel, Never So Green, and a short story collection, Irish Girl, which won the prestigious Katherine Anne Porter Prize in Short Fiction.  Descent is his first adult novel (Dust Jacket).  And what a first it is!

Grant and Angela Courtland have two children – Caitlin, 18, and about to enter college on an athletic scholarship as a cross-country runner, and Sean, 16, who idolizes his sister.  The family travels to the Rocky Mountains for a vacation.  One morning, Caitlin goes out for a run, followed by Sean on a mountain bike.  Their travels take them up a mountain and down to a road.  Sean skids onto the road and is hit by some sort of SUV.  Caitlin returns to him and finds he is seriously injured.  She has no cell phone signal.  The driver offers to drive her to the nearest town to get help.  Someone alerts the police, and they find Sean by the side of the road.  But Caitlin has disappeared.

As I near 200 segments of Likely Stories, I can honestly say I have never used the term “Page Turner.”  But Descent is exactly that.  Like all fine fiction, I did not know how the story would end, and I did not care.  The emotions the characters experienced were eerily real.  The narrative was so taut, so detailed, and so exciting, that was all I needed to keep going. 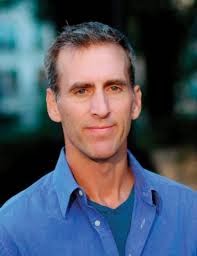 Angela experienced a tragedy when she was young, losing her twin sister in a swimming accident.  This dark, cloudy memory overhangs the entire story.  The sheriff locates Grant and Angela.  Johnston writes, “Now in the little motel room, his wife’s phone to his ear, he begged: Please God, please God, and the sheriff was asking him again where he was at, telling him to stay put.  The boy was safe, he was sleeping.  He was coming to get them, the sheriff – no more than fifteen minutes.  He would take them up there himself, up the mountain.  He would take them wherever they needed to go.  But they wouldn’t be here when the sheriff arrived, Grant knew.  They would be on the mountain, on their way up.  The boy was safe.  The boy was sleeping.  Grant would be at the wheel and Angela would be at the maps, they way it was in the life before, the way it would be in the life to come” (19).

The story has several twists and turns, and the action happens so fast I am reminded of a slalom skier flying down a mountain.  Descent by Tim Johnston is about as exciting a novel as I have ever read.  Any cliché which comes to mind – page-turner, edge-of-the-seat, hair-raising – they all fit.  I am even in a rare agreement with a jacket blurb – “Lyrical and hypnotic […] a pulse-pounding thriller.”  My next order of business: order his collection of short stories, and then wait for another novel.  5 stars.