My faithful readers are well-aware of my love for the Man Booker Prize collection of novels.  I first discovered this treasure trove of literary works when I came across Anita Brookner’s prize-winner, Hotel du Lac.  On this, the sixth anniversary of Likely Stories, I return to the author of the first novel I reviewed.

Anita Brookner was born in Herne Hill, a suburb of London.  She was the only child of Newson Bruckner, a Polish immigrant to Britain, and Maude Schiska, a singer whose father had emigrated from and founded a tobacco factory.  Maude changed the family's surname to Brookner because of anti-German sentiment in Britain.  Anita Brookner had a lonely childhood, although her grandmother and uncle lived with the family, and her parents, secular Jews, opened their house to Jewish refugees escaping Nazi persecution during the 1930s and World War II .  Brookner was educated at the private James Allen's Girls' School.  In 1949 she received a BA in History from King's College London, and in 1953 a doctorate in Art History from the Courtland Institute of Art, University of London.  Brookner has not married, but took care of her parents as they aged.

This wonderfully introspective novel traces the journey of “Edith Hope, a writer of romantic fiction under a more thrusting name,” -- as Brookner labels her -- has committed a social faux pas of immense proportions.  Her friend Penelope bundles her off for a month at the end-of-season to Hotel du Lac in Switzerland.  There she wanders around the lake, works on her latest novel, and makes the acquaintance of several denizens of the sparsely occupied hotel.

Brookner writes, “The result of all this was to re-open in Edith’s mind the question of what behavior most becomes a woman, the question around which she had written most of her novels, the question she had attempted to argue with Harold Web [her publisher], the question she had failed to answer and which she now saw to be of the most vital importance.  The excitement she thus experienced at being provided with an opportunity to study the question at first hand was if anything heightened by the fact that everything Mrs. Pusey had said so far was of the utmost triviality.  Clearly there were depths here that deserved her prolonged attention” (40). 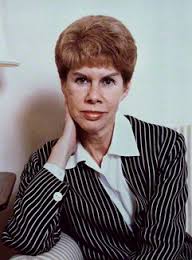 Edith immersed herself in her novel, and garnered endless thoughts and comments by the somewhat eccentric guests living out the last days of the fall season at Hotel du Lac.  She slowly begins folding the experiences of others into her current novel.  Slowly, she comes to a rational solution to her exile, and returns to London – wiser, more confidant, and fully in charge of her future.

This pleasant, short novel slowly reveals the peculiar reason for Edith’s exile to Switzerland, which has some significant effect on her outlook -- past, present, and future.  I also recommend Anita Brookner's Hotel du Lac as a great introduction to the amazingly entertaining series of Booker Prize winners.  A wonderful summer, autumn, winter or spring read.  5 stars