The Yearling by Marjorie Kinnan Rawlings

While straightening out my shelves, I came across a book I read when I was in about 7th grade.  Thanks to Sister Stella Marie, who alone encouraged me to read books I enjoyed even if they verged on adult titles.  The book I recently pulled from the shelf was The Yearling by Marjorie Kinnan Rawlings.  The dust jacket is long gone, and it has several stains on the cover, but I immediately became overcome with memories and emotions from those days.

Marjorie Kinnan Rawlings was born August 8, 1896 in Washington, D.C.  She lived in rural Florida and wrote of rural themes and settings.  Her most beloved novel was The Yearling.  She lived in numerous places around the country working as a journalist.  By 1928, they settled in rural Florida after buying a 72-acre farm in Frontier Florida in the Ocala National Forest, southeast of Gainesville.  The Rawlings Society quoted Marjorie, when she described the wilds of her new home.  She wrote, "This was not the Gold coast of Florida.  It was a primitive section off the beaten path, where men hunted and fished and worked small groves and farms for a meager living.  And the country was beautiful, with its mysterious swamps, its palms, its great live oaks, dripping gray Spanish moss, its deer and bear and raccoons and panthers and reptiles." Marjorie died December 14, 1953 in St. Augustine, Florida.

Back in seventh grade, I never knew any of this, as I sat immersed in the delightful story of Jody, his father Penny, and Ma Baxter as they desperately tried to scratch out a meager existence.  They competed for food and a safe place to raise offspring with raccoons, foxes, bears, deer, wolves, coyotes, rattle snakes, and the Florida panther, which was one of the first species added to the U.S. Endangered Species List in 1973.  Today, there are less than 100 Florida panthers left in the wild.

I noticed two curious things about the booked I so loved then – which may have been the first novel I read twice.  First is the dialect spoken by the settlers in the early nineteenth century.  Although a bit strange at first, I quickly adapted to the local tongue; however, this time I had a dictionary of American Slang close to hand all the while I read.  The second was the wonderfully astute cracker barrel philosophy of Penny. 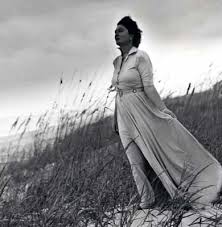 Rawlings wrote, “Jody’s mother had accepted her youngest with something of detachment, as though she had given all she had of love and care and interest to those other [children she lost].  But Penny’s bowels yearned over his son.  He gave him something more than his paternity.  He found that the child stood wide-eyed and breathless before the miracle of bird and creature, of flower and tree, of wind and rain, and sun and moon, as he had always stood.  And if, on a soft day in April, the boy had prowled away on his boy’s business, he could understand the thing that had drawn him.  He understood, too, its briefness. // His wife’s bulk stirred and she made a sound in her sleep.  He would act on any such occasion, he knew, as a bulwark for the boy against the mother’s sharpness.  The whip-poor-will flew farther into the forest and took up his lament again, sweet with distance.  The moonlight moved beyond the focus of the bedroom window.  // ‘Leave him kick up his heels,’ he thought, ‘and run away.  Leave him build his flutter-mills.  The day’ll come, he’ll not even care to’” (20-21).

Marjorie Kinnan Rawlings’ The Yearling has withstood the hurricane of time for me.  I found it as warm, sad, joyous, and heart-breaking as I did back in the late ‘50s.  If you have never read it, or if you have, travel back in time and relive your own childhood innocence and wonder at the beauty of nature.  5 stars