Back in middle school days, I loved reading about archaeology, paleontology, and anthropology.  My favorite book then was Gods, Graves, and Scholars, an interesting look at some notable archaeological digs, including the Tomb of Tutankhamun and ancient Troy.  When I was in college, I took an anthropology course as an elective, and devoured numerous monographs on disparate cultures around the globe.  Recently a friend recommended Euphoria by Lily King, which is a fictionalized account of Margaret Mead’s adventures in New Guinea.  Ah, the embers of my old passion flamed in my find.

King has written three novels before Euphoria, including The English Teacher, which I already own.  She has won several awards, including named as an alternate for the PEN/Hemingway Award.  She has also gathered several awards from her home state of Maine, where she currently resides.

Euphoria is the story of three anthropologists studying tribes in New Guinea.  Fen is the husband of Nell (an allegorical Margaret Mead), and Andrew Bankson is a young anthropologist trying to discover an unknown tribe to make his name.  King plays with some of the facts of Mead’s life, in order to spin a love story of an unusual nature.

I found the early chapters a bit confusing until I worked out who was whom, and the exact relationships between Fen and Nell, Fen and Bateson, and Nell and Bateson.  In real life, Margaret marries Gregory Bateson (Bankson in the novel), and she dies in New York City in 1978.  Mead won the Kalinga Prize, given by UNESCO for the popularization of science among lay people. 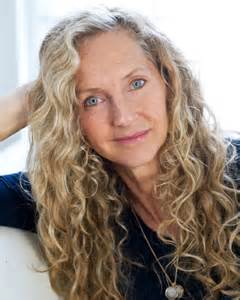 King really did an exceptional job of capturing the thoughts of Nell as she explores the peoples of the New Guinea jungles.  In this passage, King writes the diary of Nell.  “I found a language teacher.  Karu.  He knows some pidgin from a childhood spent near the patrol station in Ambunti.  Thanks to him my lexicon has over 1,000 words in it now & I quiz myself morning & night though part of me wishes I could have more time without the language.  There is such careful mutual observing that goes on without it.  My new friend Malun took me today to a woman’s house where they were weaving & repairing fishing nets and we sat with her pregnant daughter Sali & Sali’s paternal aunt & the aunt’s four grown daughters.  I am learning the chopped rhythm of their talk, the sound of their laughter, the cant of their heads.  I can feel the relationships, the likes & dislikes in the room in a way I never could if I could speak.  You don’t realize how language actually interferes with communication until you don’t have it, how it gets in the way like an over-dominant sense.  You have to pay much more attention to everything else when you can’t understand the words.  Once comprehension comes, so much else falls away.  You then rely on their words, and words aren’t always the most reliable thing” (79).

The one thing which disturbed me about the book – especially in light of the plunder of precious artifacts in the Middle East – was the way some of these people manipulated and even stole artifacts from the tribes to sell to museums.  I am glad I ignore the Rule of 50 in this novel.  5 stars.