Some Luck by Jane Smiley

I first read Jane Smiley when I read her Pulitzer Prize-winning novel, A Thousand Acres.  This novel was a retelling of Shakespeare’s great tragedy, King Lear.  Smiley set her tale in the mid west, when a patriarch of the family decides to retire and divides his land among his three children.  Caroline, the youngest and a lawyer, argues against her father’s plan, and suffers the wrath of her father and her sisters.  Lear is my favorite Shakespeare tragedy, and I thoroughly enjoyed Smiley’s version.  In her latest novel, Some Luck, Smiley weaves a sweeping tale of four generations of Iowa farmers.  Each chapter covers one year from 1920 to 1953.


According to the dust jacket, Jane Smiley is the author of numerous novels as well as five works of non-fiction and a series of YA books.  In 2001, she was inducted into the American Academy of Arts and Letters, and in 2006 she received the PEN USA Lifetime Achievement Award for Literature.  She now lives in Northern California. 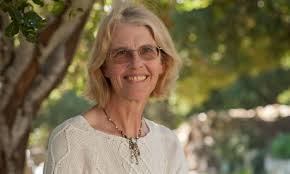 Normally, I pick a passage or two from the beginning of a novel for a sample of the writer’s style.  However, this time, I picked a long paragraph close to the end, which sums up the story, revealing only minor details of the plot.  Rosanna and Walter, the second generation farmers in the family, are hosting Thanksgiving in 1948.  Smiley writes, Rosanna could not have said that she enjoyed making Thanksgiving dinner for twenty-three people (a turkey, a standing rib roast, and a duck that Granny Mary brought; ten pounds of mashed potatoes, and that not enough; five pies; sweet potatoes; more stuffing than could be stuffed; all the Brussels sprouts from the garden though they were good after the frost).  She could not say Lillian had control of those children, who were underfoot every time you took a step, though they were good natured to be sure.  Henry scrutinized the dishes of food as though he were being asked to partake of roadkill, at least until the pies were served, and Claire burst into tears for no reason at all, but when they all had their plates in front of them, and a few deep breaths were taken, and first Andrea, and then Granny Elizabeth, and then Eloise said, ‘This looks delicious,’ she began to have a strange feeling.  She should have sat down – Joe, who was sitting beside her, moved his chair in a bit – but she didn’t want to sit down, or eat, at all (what with tasting everything she wasn’t hungry); she just wanted to stand there and look at them as they passed the two gravy boats and began to cut their food.  It couldn’t have happened she thought.  They couldn’t have survived so many strange events.  Take your pick – the birth of Henry in that room over there, with the wind howling and the dirt blowing in and her barely able to find a rag to wipe the baby’s mouth and nose.  Take your pick – all of them nearly dying of the heat that summer of ’36.  Take your pick – Joey falling out of the hayloft, Frankie driving the car to Usherton, Frankie disappearing into the Italian Campaign, Frankie, for Heaven’s sake, living in a tent all through college.  Take your pick – Walter falling into the well (yes, she had gotten that one out of him one day during the war, when he said, ‘Remember when I fell into the well’ and she said, ‘What in the world are you talking about’ and he blushed like a girl)” (331-2).


Those “strange events” are the meat, the muscle, and the blood of this wonderfully appealing story.  The various characters – each and every one finely drawn, interesting -- and now scattered all around the country.  Jane Smiley’s latest novel, Some Luck is a first-rate read, perfect for these last days of winter.  5 stars