Uganda Be Kidding Me by Chelsea Handler

One of my guilty pleasures was the Chelsea Handler Show.  The humor was rough, and she held nothing back in expressing her views on politics, religion, sports, or a myriad of other targets of her caustic wit.  Her books are largely autobiographical, and she doesn’t even spare her own family.  Her recent book, Uganda Be Kidding Me hilariously describes her trip to East Africa.  I laughed so hard, my face hurt. Here is Chelsea’s description of the beginning of their flight to Africa.  She writes, “I was asleep before the plane even took off.  I had told the pilot I was pregnant and suffering from severe motion sickness, and after he agreed to let me turn mu chair into a bed, I ordered one more Bloody Mary, popped a Xanax, and woke up in Dubai. // I like to sleep as much as possible.  I like to sleep on planes primarily to avoid technology.  My grasp of electronics is commensurate to my grasp of the moon; I’m unclear as to how either arrived at its current status.  Nor do I have the attention span or wherewithal to make heads or tails of why I’m so far behind the general populace in accepting the theory of space and time, and its relevance to my own life.  On a side note: I find most astronauts to be class A narcissists” (13).  I have serious doubts about the levels of her alcohol and drug consumption.  I cannot imagine she would be able to function as she does if it were all true. 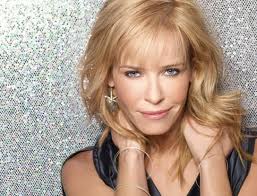 Chelsea does have her serious side, but she can’t resist even a slight jab at the end.  In this part, she writes about her arrival in Africa.  “For someone who’s never been more than moderately interested in animals, the place was surreal and, to be honest, borderline amazing.  We were transported from a tiny nugget airport by an open-aired jeep to an outdoor lodge, where we were served iced green teas on a tented deck that overlooked a view of the reserve and exposed granite that the river had carved through.  Right before our eyes was this majestic landscape filled with brooks, boulders the size of planets, and hippos wading into watering holes while wild elephants called to each other.  It was like being on the set of Jurassic Park but with room service” (17).

Chelsea Handler’s Uganda Be Kidding Me is not for everyone, but certainly for her legions of fans, among whom I count myself.  5 stars.