The Greatest Show on Earth: The Evidence for Evolution by Richard Dawkins

Richard Dawkins, one of the foremost proponents of the “new atheism,” has returned to his first profession, evolutionary biologist. In this fascinating work, he lays down, in clear terms for the non-professional, all of the evidence from DNA to skeletal structure to behavior proving Darwin’s theory of evolution.

He starts off with some things I have argued for years. People who do not believe in evolution misunderstand the use of the term theory in that connection and fail to grasp the immense time scales involved. In fact, Dawkins describes quite a few things about evolution, which seemed to be mere common sense to me. Bi-lateral symmetry and similar skeletal structures for example.

Near the end, he sums all this up in a neat little package. Dawkins writes,

“What Darwin didn’t – couldn’t – know is that the comparative evidence becomes even more convincing when we include molecular genetics, in addition to the anatomical comparisons that were available to him.

Just is the vertebrate skeleton is invariant across all vertebrates while the individual bones differ, and just as the crustacean exoskeleton is invariant across all crustaceans while the individual ‘tubes’ vary, so the DNA code is invariant across all living creatures, while the individual genes themselves vary. This is a truly astounding fact, which shows more clearly than anything else that all living creatures are descended from a single ancestor. Not just the genetic code itself, but the whole gene/protein system for running life,…is the same in all animals, plants, fungi, bacteria, archaea [microbes that live in extreme environments] and viruses. What varies is what is written in the code, not the code itself. And when we look comparatively what is written in the code – the actual genetic sequences in all these different creatures -- we find the same kind of hierarchical tree of resemblance. We find the same family tree [emphasis by Dawkins] – albeit much more thoroughly and convincingly laid out – as we did with the vertebrate skeleton, and indeed the whole pattern of anatomical resemblances through all the living kingdoms. (315) 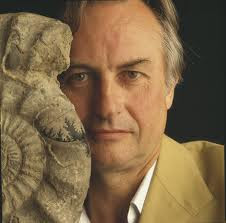 On one or two occasions Dawkins does become a bit overly technical, and some passages required a slower and repeat reading, but overall this is a thoroughly readable and enjoyable account of the present state of the theory of evolution. (5 stars)