Neither Wolf Nor Dog by Kent Nerburn

I wasn’t sure I would like this book. A good friend who is really into some New Age things recommended it for our book club. I had read Dee Brown’s Bury My Heart at Wounded Knee years ago and found that horribly tragic tale of genocide moving and unforgettable. 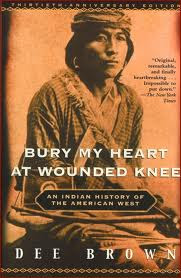 As I began Nerburn’s book, I became absorbed from the opening pages. This first person account of atrocities and the underlying philosophy of Native Americans, takes its place as an important supplement to Dee Brown’s book. While some of these incidents had a vague place in my consciousness, Nerburn brought them into clear focus with his collection of “talks” by Dan, an elder of the Lakota tribe.

Quite a few passages really stuck out. Here they are – without comment – because they clearly speak for themselves.

“Our elders were schooled in the ways of silence, and they passed that along to us. Watch, listen, and then act, they told us. This is the way to live” (65).

"‘Look out there, Nerburn’ he said. I surveyed the lavender morning sky and the distant rolling foothills. “This is what my people care about. This is our mother, the earth.”
"‘It’s a beautiful place,’ I offered.
He snubbed out his cigarette. “It’s not a place. That’s white man’s talk. She’s alive. We are standing on her. We’re part of her’” (131).

“'Whenever the white people won it was a victory. Whenever we won it was a massacre. What was the difference? There were bodies on the ground and children lost their parents, whether the bodies were Indian or white. But the whites used their language to make their killing good and our killing bad’” (162-162).

Dan’s granddaughter weighed in, when she met Nerburn during one of the author’s trips around the reservation with Dan. She said, “They ignored us. We were just women. But we were always the ones to keep the culture alive. That was our job, as women and mothers. It always has been. The men can’t hunt buffalo anymore. But we can still cook and sew and practice the old ways. We can still feed the old people and make their days warm. We can teach the children. Our men may be defeated, but our women’s hearts are still strong” (249).

I did find some minor faults with the book. I felt the book went on just a bit too long -- the last few chapters were really over the top. I got the message clear as a mountain stream without them. While Dan often complains about how “Hollywood Indians” sounded, he frequently sounded like a Hollywood Indian to me. 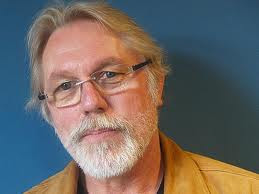 But overall, a touching and shameful account of the genocide this country perpetrated against Native Americans. At times, it had a rather Zen-like feel to it, but it was always, honest and from the heart. 4-1/2 stars