The Double Life of Alfred Buber by David Schmahmann

Undoubtedly, thousands of good novels find their way to bookstores every year, but the vast majority come from the big publishing conglomerates. Unfortunately, far too many really good novels pass almost unnoticed, because small and/or independent publishers issued them. Most of the time, the publicity for these novels comes as a result of gallons of sweat and struggle of those who labor in the marginalized world of the independent press. Permanent Press, as one example, has published a whole slew of interesting, well-written, and critically acclaimed novels. Yet…

Calls to the three major bookstores in Waco netted the following responses: “It’s not something we carry. We would have to order it. It would take 7-10 business days” (Barnes & Noble and Books-a-Million) and “That’s not popping up in my system at all” (Hastings).

Permanent Press has another winner on its hands. The Double Life of Alfred Buber by David Schmahmann – published in June – tells the story of a peculiar man who leaves his home in Southern Rhodesia (now Zimbabwe) for an education in America. Alfred ends up in Boston and decides to go to law school. His father dies a couple of years later, and his mother packs up and moves to England.

From the first page, it is evident that Schmahmann has produced an interior monologue of the first order. While not as humorless as Dostoevsky’s Crime and Punishment, and only slightly below the prose of Nabokov, this interesting and eccentric character spins a tale which blurs the line between reality and fantasy, the rational and the ridiculous.

Alfred has built his life around a series of paradoxes. He constantly contradicts himself, and this self-confusion leads him down a path some might consider sordid. I happen to believe this quality interior monologue provides incredible insights into the workings of an eccentric mind. A few scenes in the “Star of Love Bar” provide the gritty and perilous nature of some of Alfred’s fantasies. 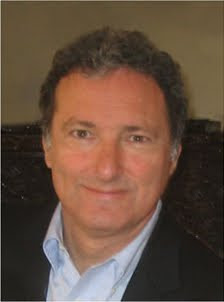 As the novel reaches its conclusion, Alfred’s fantasies confuse him further as his double life is revealed. Recently published, you will most likely have to order this novel, but it is more than worthwhile – even with a great deal of effort. Amazon carries it, and you can get it in a couple of days. I need to do even more of my shopping there and stop wasting gas around here. 5 stars