The Tiger: A True Story of Vengeance and Survival by John Vaillant

This recently published work of non-fiction has elements of history, the politics of the cold war, ecology, biology, and botany all while spinning a terrific adventure story. None of this, however, gets bogged down in a morass of technical jargon, but the reader does become immersed in the mysterious and magical world of the “taiga” -- which is Russian for forest. This vast tract of evergreens has the distinction of being the largest biome in the world. It stretches across Eurasia and North America. The winters in the Russian portion drop as low as -60 degrees below zero. The summers are warm, rainy, and humid, with temperatures rising as high as 70 degrees. An enormous variety of insects invade the taiga in the summer, followed by a wide variety of birds to eat them. No roads, no buildings, no power lines – virtually nothing mars the landscape

The taiga also provides a home to wolverines, mink, sable, the lynx, and what most people know as the Siberian tiger, however, the “Amir” tiger is the correct name. The males frequently hover near 800 pounds, and 500 to 600 pound females commonly stalk this enormous forest. 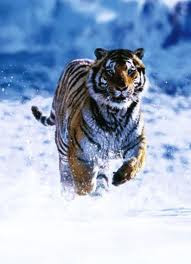 John Vaillant, a writer frequently found in the pages of The New Yorker, The Atlantic, and National Geographic, builds his tale around a hunter in the taiga, Vladimir Markov and Yuri Trush, the squad leader of a SWAT team known as “Inspection Tiger.” This unit has the responsibility of dealing with crimes in the forest. Sometimes those crimes involve tigers – either because of poaching or attacks by tigers on humans in and around the edges of the taiga.

As the story opens, several friends of Markov find his remains in the forest. No doubt exists in their minds that he has fallen victim to a huge tiger. In fact, some of these tough, hard-bitten men, who live a life just barely out of the stone age, become physically sick at what they saw. They file a report with the local authorities, and Yuri Trush, part hunter, part policeman, part special forces soldier begins an investigation.

He assembles details of the last few days of Markov’s life by considering anecdotes from local hunters, loggers, and poachers, and most importantly, by tracking the tiger from the scene of the attack. Vaillant describes a tiger attack this way: “The impact…can be compared to that of a piano falling on you from a second story window. But unlike the piano, the tiger is designed to do this, and the impact is only the beginning” (270). 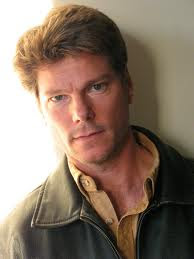 Some elements of the story stretch believability to extremes, but the stories of the men who know the taiga, the physical evidence, and historical records about the tigers, make for an interesting, fascinating, and exciting story. Vaillant does spend some time on the political and historical background of his unit and the taiga, but it did help my understanding of this wild and forbidding place. The last few chapters have a level of excitement far above anything I have read in a long, long time.

This story fascinated me from the moment I heard the author interview on NPR. The subtitle says all I needed to know: “A True Story of Vengeance and Survival.” 5 stars