Back in the 80s, I served a stint in a national chain bookstore, now gobbled up by a larger chain. Bob the manager and I became good friends and frequently recommended books to each other. He urged me to read Olive Ann Burns’ Cold Sassy Tree, but I skimmed through the book and never started it. When a good friend in my book club picked it as the April read, I finally gave in and read it.

I should have listened to Bob all those years ago, because this is a really delightful story. It has humor, pathos, philosophy, kindness, meanness, charity, and downright stinginess. In short, this is a story of a typical Southern, small-town America in 1906.

Cold Sassy, Georgia -- 90 miles from Atlanta -- is a sleepy town filled with gossip, coexisting churches – Baptist and Methodist – and three communities of residents. The town people, led by Rucker Blakeslee, who owns a “brick store” and his family consisting of two daughters and their husbands. The older daughter, Mary Willis, is married to Hoyt Tweedy, and they have a son, Will, and a little “red-headed girl,” Mary Toy. The younger daughter is Loma, married to Campbell “Camp” Williams, and they have a son, Campbell, Jr.

The town has a mill, and the workers – referred to as lint heads – live in mill town. Many of the workers in the mill are children. Some of the mill children attend school until they are old enough to go to work. The townies look down upon the mill town residents. 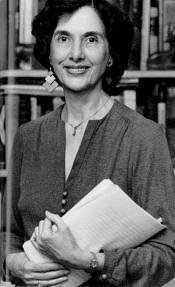 The third community consists of the African-Americans led by Loomis, who does odd jobs for Rucker and his family. Queenie is a cook and housekeeper for Hoyt and Mary

Crusty old Rucker is a skinflint of the first order. He keeps his wife Mattie Lou in a house with no electricity, no running water, no phone, and a privy in the back yard. He is full of “cracker-barrel, common sense wisdom.” Rucker says, “When you don’t know which way to turn, son, try something. Don’t jest do nothin’” (315). Hoyt works at the store along with Campbell. Rucker says, “Camp was born tired and raised lazy” (22). Fourteen-year-old Will also works at the store, has chores around the house and barn, and does things for his Grandma. He rarely has a moments rest and has to beg for a day off to go fishing. Will is Rucker’s favorite.

Then Rucker hires the beautiful Miss Love Simpson as a milliner for his store. Love came down from Baltimore, and was immediately branded a “damnyankee,” and tongues began to cluck. 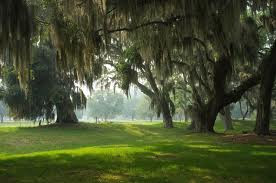 The first two-thirds of the story are slow paced with a good measure of country humor. Loma wants to join a group of traveling actors. Rucker says, “Loma, I ain’t a-go’n let you do it. Ain’t no tellin’ what kind of life you’d live with them kind-a folks.” She stomped and cried and carried on something awful. “I wish I was a boy so I could go off on my own!” “I wish you was a boy, too, but you ain’t,” Granpa retorted, “and you ain’t go’n be no actress, neither. So hesh up” (17). A curmudgeon he was, but he had a soft spot when a friend or a member of his family needed help.

The last third of Cold Sassy Tree takes a surprising and emotional turn. I was completely absorbed near the end, and the last sentence on page 391 brought a tear to my eye. 5 stars