The Hunger Games by Suzanne Collins

Over the years, I have informally surveyed my students for the titles of books they read for fun. Lately, a frequently mentioned work is The Hunger Games by Suzanne Collins. In fact, so many students mentioned it, I decided to buy a copy. When the film version came out to rave reviews and record-breaking ticket sales, I decided it was time to find out what this adventure story had to offer. Collins has written an exciting and riveting tale of a dystopian America.

The back story is a bit vague. Some sort of revolt resulted in a horrific crushing of the populace. The country, known as “Panem,” was divided into 13 districts, and all but one submitted to the harsh rule of “The Capitol.” Most of the wealth, technology, food, energy, and health care was concentrated in this district. The district which refused to submit was obliterated. Each district also had is specialty. District 12, known as “The Seam” produced coal. Stealing coal resulted in a death penalty. The residents scrabbled for food, and hunting in the surrounding forest – patrolled by hovercraft – was strictly forbidden. 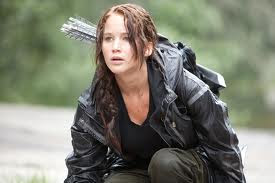 Katniss Everdeen lives with her mother and younger sister, Prim. Her mother is a skilled “healer” and has developed a following. Katniss’ father was killed in a coal mine explosion, and she helps feed the family with illegal hunting.

The Capitol runs the “Hunger Games” as entertainment. All aspects of this ultimate reality show are televised 24 hours a day as long as the game lasts. Each district holds a lottery to choose two “tributes” – one male and one female – to enter the arena and fight for survival. Only one of the 24 tributes selected can emerge the victor. As the story opens, the lottery for this year’s games has begun. Twelve-year-old Prim, in her first year of eligibility, has been selected. Katniss steps forward and volunteers to take her sister’s place.

Tributes are scrubbed, polished, and dressed in fantastic costumes for their TV introduction. An interview process allows them to demonstrate their skills, so an appropriate tool awaits them once they are released into the arena. Their appearance determines how many “sponsors” an individual tribute can garner. These sponsors donate money, which can then be used to deliver items needed by the tributes.

Collins has woven a taut and breathtaking story of survival, where cunning, treachery, brutality are the main keys to survival. Some of the tributes are much better fed, clothed, and equipped. In fact, contrary to rules, tributes from these districts are trained for the games. Few districts have the means to prepare its tributes, who are immediately swept from their homes with only the briefest of goodbyes and taken to the preparation center.

I sense several layers to this allegory, but I will leave each reader to determine what these thinly veiled clues reveal. This trilogy could rival the Harry Potter series in popularity. Since the film release, I have seen copies slipping in an out of backpacks and purses all over the place. 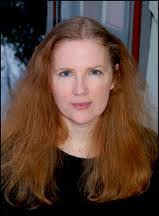 Unlike J.K. Rowling’s seven-volume story of the boy-wizard, which began in relative innocence, but slowly became violent, Hunger Games starts with a high level of intensity almost from page one. While it may be too intense for some pre-teens, those youngsters raised with fantasy video games, will most likely enjoy the story. My next step is to see the film version. 5 stars