The Signal by Ron Carlson

Last March, while in a used bookstore, I picked up this novel by an author of whom I had never heard. He has published five collections of short stories and this, his fourth novel. This slim novel, The Signal by Ron Carlson, had a premise which sounded rather interesting.

Mack comes from a long line of ranchers, and his ex-wife Vonnie, a headstrong, intelligent woman, meet for a hiking trip in the mountains of Wyoming. This trip occurred, at Mack’s request, as a goodbye after his release from prison. The ranch his family owned began to slip financially, and Mack turned to some petty crimes to save the property. When he landed in jail, Vonnie asked for a divorce. The trip into the mountains – a trip the couple had taken together many times in happier days – turns sour because Mack has a secret, and the trip proves to be more than either bargained for.

Carlson's prose is smooth and slow as Mack’s reticence in his conversations with friends and Vonnie. Carlson writes,

“Vonnie shook her sleeping bag and lay down on it, unlacing her boots. ‘You want me to cook?’

‘No, I’ll do it,’ he said. She lay and watched the sky and Mack saw her eyes close. The sun was down behind the western slope.

He cut the heads from the trout and they were still too big for the pan, so he left the tails on and stuffed them with lemon wedges and pepper and butter and double wrapped them in foil and set them aside. He knelt and fingered a mound of tinder, moss, and hairy duff and lit it and fed it up, and the fire rose quiet and straight. When he looked up from his work, the day was gone, the mountain sky a bowl of glowing, grainy dark. He snugged the fish into the coals burying them carefully by using a forked stick. Away from the fire it was chilly and he could hear her napping. He put his hand on her shoulder and she woke without a word, her eyes a sleepy kindness, and she crawled into her bag and napped again. Mack made a tour of the perimeter and gathered an armload of branches using half now to stoke the fire. He broke and sorted the rest into piles close at hand. He shook up a water bottle with powdered lime punch and set it back on the rock shelf.” 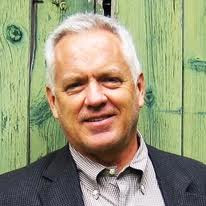 On page 149 – the first page of the last chapter – I came across a curious phrase. Carlson writes, “The deer was in no hurry and disappeared seamlessly into the fifty shades of gray at this hour.” Since this novel came out in 2009, one wonders if the author of that notorious book was inspired by this novel. E.L. James, who wrote FSG, lives in London England. Perhaps it is a mere coincidence.

The thrilling conclusion of The Signal makes me want more of Carlson. This is exactly why I love haunting used bookstores! 5 stars --Chiron, 7/29/12