The Small Room by May Sarton

I have never read anything by May Sarton – except for a few short stories. When a member of my book club recommended this title, I became intrigued. I enjoy novels describing the ins and outs, ups and downs, and other antics which play out behind the scenes in academia. Sarton’s novel, A Small Room takes its place among several novels of this genre I read over the last few years.

Lucy Winter has a newly minted PhD in hand, and she takes a job at a small New England women’s college as a professor of English. The dynamic relationships in the college fascinate me the most. Among the faculty, between the faculty and the administration, and between the students and the faculty.

Carryl Cope is a veteran professor with lots of clout with the administration. She is also intimately involved with a member of the Board of Trustees who holds the purse springs of a substantial endowment in a will. Carryl also has a prize student, Jane Seamen, whom she is grooming for grad school and what promises to be a stellar academic career. Then Lucy discovers Jane has seriously plagiarized an essay for the college literary magazine. Lucy caught in the eddy of the politics – pro- and anti-Carryl, pro- and anti-Jane, and then the agitated students are thrown into the mix. Lucy handles all this with aplomb, but with a touch of trepidation since she must slide on a knife’s edge to the resolution of the situation.

The novel overflows with statements and observations most teachers have felt at one time or another – I know many of them are all too familiar to me. For example, “‘The hell of teaching is that one is never prepared. I often think that before every class I feel the same sort of terror I used to experience before an examination … and always I imagine that next year it will be different’” (28). A familiar refrain in our building at every semester’s end runs like this: “Next semester will be better!”

On her first day of class, Lucy decides to reveal something about herself to the students. She tells them, “‘You will discover,’ she added with a smile, ‘that you appreciate teachers rather a long time after you have suffered from them’” (34) I can only hope this one has a grain of truth. I know I want it to be true. Lastly, Sarton writes, “‘The relation between student and teacher must be about the most complex and ill-defined there is’” (83). I know this one to be absolutely true. Literally dozens of other examples have my pencil marks.

Another little game I played with this interesting cast of characters included matching some of Sarton’s characters with some of my colleagues. And, of course for fans of Mad Men, ubiquitous cigarettes and martinis accompany every meeting no matter the size. This quite dates the novel in the year originally published – 1961. 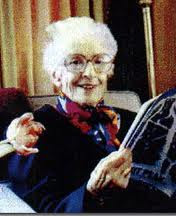 All in all, May Sarton’s The Small Room will surely appeal to anyone who has spent some time at the head of a class. At our book club, an animated discussion lasted nearly all of the two hours allotted. I noticed that a few non-teaching members of the club were uncharacteristically silent during these discussions. Nevertheless, everyone seemed to enjoy the novel. 4 stars for so much smoking I found myself coughing as I read.