The Red and the Green by Iris Murdoch

Iris Murdoch has written twenty-six novels. She also has written five plays and five volumes of philosophy and a book of poetry. She has won numerous awards for her work, including the 1978 novel, The Sea, The Sea. I came to read Murdoch after hearing an interview on NPR in 1988 about her newest novel, The Book and the Brotherhood. This novel may be my earliest invocation of the “Rule of 50.”

I started it, but became confused by the mass of characters and background detail. I put it aside for another day. Shortly after, I found myself laid up for a week, and tried it again. This time I stuck to it, and became enthralled with the power of Murdoch’s prose, her attention to the minutest detail, and the deep, psychological insights of her characters. I immediately set out to gather the rest of her work. I have all of her novels, and since 1988, I have been slowly working my way through them. The Red and the Green, published in 1965, is the thirteenth I have read.

The Red and the Green tells the story of an extended family in the week before the Easter Rising in 1916 Ireland. Andrew Chase-White is a protestant and an officer in the British Army. His cousin Pat Dumay, is a Catholic and a member of the Volunteers, a group planning the uprising. These families are tightly woven, and the political situation in Ireland bubbles beneath the surface when the family members meet. The “troubles” appear in the form of petty squabbles.

As in all her novels, she has a large number of characters, and, as is my custom, a family tree helps keep all the cousins, aunts, and uncles in order. Christopher is the widowed father of Frances, who is very close to Andrew Chase-White. They discuss which theater to attend one afternoon. Murdoch writes:

“It was about a half hour later and tea was nearly over. They were sitting round the low wickerwork table in the conservatory, while outside the garden was being caressed or playfully beaten by the light rain which drifted a little in the breeze from the sea. Rain in Ireland always seemed a different substance from English rain, its drops smaller and more numerous. It seemed now to materialize in the air rather than to fall through it, and, transformed into quick-silver, ran shimmering upon the surface of the trees and plants, to fall with a heavier plop from the dejected palms and the chestnut. This rain, this scene, the pattering on the glass, the smell of the porous concrete floor, never entirely dry, the restless sensation of slightly damp cushions, these things set up for Andrew a long arcade of memories. He shifted uneasily in his basket chair, wondering how long it took to develop rheumatism.” (29) 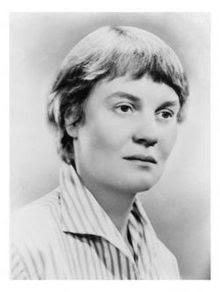 Few novelists can grip me by the heart and soul and transport me to a distant time and place. Murdoch does it to me every time. I think my first encounter caught me unawares of the power of this great 20th century novelist. She died in February 1999 after suffering from Alzheimer’s. A film, starring Judy Dench told the story of her final years. An extremely interesting and detailed biography came out in 2001 by Peter J. Conradi, a friend of Iris’s, who gave him complete access to her journal, letters, and papers.

Iris Murdoch is one of the finest novelists of the 20th century. It has taken me many years to get to The Red and the Green, the halfway point of her novels, but I mean to get through the entire list. I guess then I will have to start over from the beginning. 5 stars