During my days at LaSalle University in Philly back in the 60s, I took a bunch of history classes, because I was always fascinated with the subject. I reveled in a couple on the ancient Greeks and Romans, but my heart fell in a class on Tudor England.

Since then, I have been consumed with the Tudor dynasty, which began in 1485 after Henry Tudor defeated Richard III at Bosworth Field, thus ending the War of the Roses between the Royal Houses of Lancaster (red rose) and York (white rose). The family reign ended with the death of Elizabeth I in 1603.

Over the years, I have collected biographies of every major figure in the Tudor family – all the kings and queens, all six of Henry VIII’s wives, and a number of other peripheral figures around the court. However, I lacked one important piece of the puzzle – King Henry VII, the founder of the dynasty. Late last year, I discovered a new biography of Henry by Thomas Penn, who holds a PhD in early Tudor history from Cambridge University.

One of the fascinations I have with history revolves around the amazing discovery that history repeats itself over and over. Winter King: Henry VII and the Dawn of Tudor England amply proves the truth of that statement once again. Following the defeat of Richard at Bosworth Field, Henry became King of England. Many people in England resented his crown, and numerous plots to dethrone him popped up over the next 20 years. Numerous factions, especially those with connections to the defeated York family, complained that Henry illegitimately claimed the crown.

The corruption, back-stabbing, spying, treachery, and extortion, which were the hallmarks of the Tudor family throughout its existence leaves me gasping in fascination. In the “Introduction,” Penn quotes Francis Bacon, who wrote, “Henry VII was ‘infinitely suspicious’ and he was right to be so, for his times were ‘full of secret conspiracies and troubles’. Perhaps the most telling verdict of all,” Penn writes, “is that Shakespeare, omits Henry VII altogether from his sequence of history plays – not for want of material, but, one suspects, because the reign was simply too uncomfortable to deal with” ( xxv-xxvi). 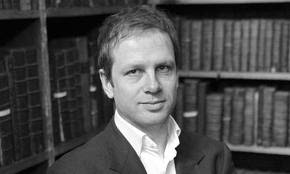 Penn tells us, the idea of Henry VII as a “time of transition, one in which the violent feuds of the previous decades gave way to a glorious age of renaissance and reformation … was a myth the Tudors themselves built” (xxv). Most scholars now see him as “the unifier of a war-torn land, a wise king who brought justice and stability, and who set the crown on a sound financial footing. Nonetheless they were unable to eradicate the lingering sense of a reign that degenerated into oppression, extortion and a kind of terror, at its core a Machiavellian king who inspired not love but fear” (xxv). Bacon, his first biographer, referred to Henry as a “dark prince” (xxv).

A splendid biography for anyone interested in the history of one of the most famous – and infamous – families in English history. 5 stars