The timing – and indeed the reading of this novel – has an unusual genesis: a specific request for a birthday present from a close friend. The present takes the form of a blog entry on Rabbit Reader and the October 4th segment of “Likely Stories,” my twice-monthly radio show on the local NPR affiliate, KWBU-FM 103.3 in central Texas. Happy birthday, P.! I hope you enjoy my review.

This might be the hardest review I have ever written. I have read Joyce’s Ulysses, and Proust – of which I have only read a few fragments -- and Mark Z. Danielewski’s House of Leaves. These great works share some things in common: complex plots, a large cast of characters, enough symbolism to make one’s head spin, and a plot which defies simple explanation. Muraki Hurakami’s The Wind-up Bird Chronicle definitely belongs in the company of these stunning novels.

I first encountered Murakami when I heard of a new novel, Kafka on the Shore. I bought it simply because of the intriguing title. I loved the book, and went in search of something else by the Japanese author. I quickly found the Chronicle, but because it was over 600 pages, I put it aside. Then the request for the birthday present arrived.

Haruki Murakami was born in Kyoto, Japan in 1949. He attended Waseda University as a theater arts major. He runs marathons, and reportedly has a collection of over 40,000 jazz recordings. In 1974, he opened a Jazz bar, which he named “Peter Cat.” He published his first novel, Hear the Wind, in 1979, and he won a major Japanese literary award for it. In 1992, he was named an Associate Professor at Princeton University. In 1996, he published Chronicle and won another major Japanese Literary prize.

Normally, my habit in these reviews is to place a quote or two to give a flavor of the novel. However, I have so many passages underlined, bracketed, and starred, I would have difficulty choosing one. Furthermore, those I might choose would require so much background information, I would spoil the plot, while making the review impossibly long. Suffice it to say Murakami’s prose sparkles with amazing and hypnotizing detail. A reader cannot help but be drawn into the story, as if descending into a deep, dark well, with no light and only inner thoughts for company. Readers of the novel will understand this reference – like many others – repeated in various forms throughout the story.

Now, I always tell my students that reading and writing should raise questions in the reader’s and the writer’s mind. So rather than only a cursory trace of the plot, I will also share some of my questions.

The core plot set in Japan is simple. Toru and Kumiko meet and decide to marry. Her father does not like Toru, but agrees to the marriage on one condition: the couple must meet weekly with the mysterious Mr. Honda. Kumiko’s father will pay for the sessions. Mr. Honda proceeds to tell the couple strange and sometimes terrifying stories of his experiences in the Sino-Soviet war in Manchukou in the 1930s. This continues for about a year. Then, the couple’s cat, named Noburu Wataya, after Kumiko’s brother, disappears. Kumiko is heartbroken, and she insists Toru spends his days looking for the cat. Then, one day, Kumiko leaves for work, and completely disappears. Toru’s life then takes a surreal and, at times, bizarre turn. He meets a succession of strange characters, and the novel takes a sharp detour into the realm of magical realism. 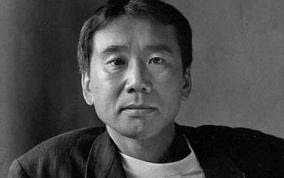 Some of the questions which emerged as I read include: Why are all the products mentioned western? Why are all the long dreams of these characters described in vivid detail? Why is all the music the characters listen to exclusively western classical pieces? Who are all these strange surreal people who pop in and out of Toru’s life? What really happened to Kumiko? What boundary lines divide reality from dreams? Dreams from hallucinations? Hallucinations from reality? I could go on, but I do not want to discourage anyone from reading this great work.

Haruki Murakami is a genius, and The Wind-up Bird Chronicle is one of the great pieces of world literature. I classify it as a must read for all devotees of serious fiction. 5 stars.