The Fall of Arthur by J.R.R. Tolkien

When I heard about a previously unpublished story by J.R.R. Tolkien, I could not wait to read it.  Of course, most listeners know something of Tolkien’s masterpieces, The Lord of the Rings trilogy and The Hobbit – if not directly from the books, then from at least the films.  I first encountered Tolkien while an undergraduate in the late 60s.  I stumbled upon a copy of Diplomat Magazine.  According to its website, “Diplomat is a foreign affairs magazine that provokes intelligent discussion from the heart of the Diplomatic community in London.  This 65 year old magazine provides a unique insight into the minds of the most prominent world leaders and governments.”  The October 1966 issue – which I still have -- features a picture of a Hobbit on the cover.  It has been quite a while since I looked at the magazine, and it seems like a version of The New Yorker for those interested in world politics and diplomacy.  A large portion of the magazine is devoted to Tolkien, and what it called “Hobbitmania.”  I immediately went to a bookstore and purchased the four books.  Yes, my book addiction is at least that old.

I devoured the four volumes and fell in love with Tolkien and the amazing worlds he created.  I also loved the films, which are as close to the books as any films I have ever seen.  Right now, I am anxiously awaiting parts two and three of Peter Jackson’s Hobbit trilogy.

The Fall of Arthur combines several interests of mine: Tolkien, Anglo-Saxon, alliterative literature, and the legends surrounding King Arthur and the knights of the round table.  The provenance of this unfinished tale is covered in great detail in an introduction by Christopher Tolkien, third son of J.R.R.  He found scant mention of the manuscript in his father’s letters, and only a mention or two about wanting to finish the story.  The poem itself is rather short, and a great deal of space is reserved for discussions of the history of Arthurian literature, the parts of the poem which Tolkien never finished, the evolution of the existing manuscript, and an extended appendix on Anglo-Saxon verse.  Christopher places all this after the introduction and the essay, and freely admits that specialists can dig into the appended material, while casual readers can limit themselves to the poem.  I found this material fascinating. 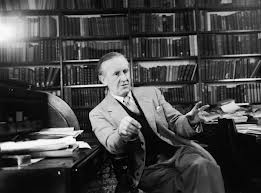 Unfortunately, not so much the poem itself.  Parts of the narrative seemed forced and pasted together.  I read several passages and encountered a stumble or two over attempts at alliteration that were nothing less than awkward.  I believe Tolkien abandoned the manuscript for a reason.  In much of his work, he was a perfectionist, and in my humble opinion, he had a difficult time making the entire poem flow as smoothly as does Beowulf, “The Wanderer,” or “The Battle of Maldon.”  For example, he wrote, “Grief knew Arthur / in his heart’s secret, … and his house him seemed / in mirth diminished” (40).  I also gritted my teeth when he blamed Lancelot for the fall of the “Table Rounde.”  Tolkien wrote, “Strong oaths they broke” (37).  But that is a tangled subject for another time.  Anglo-Saxon alliteration and King Arthur do not feel right to me.  This poem was interesting but only worth  3 stars.