The Emperor’s Tomb by Joseph Roth

A friend told me I must drop what I was reading and take up Joseph Roth’s The Radetsky March.  Words like tremendous, a masterpiece, and unbelievably beautiful were tossed around like confetti.  I hate to be cynical about my friends, so I concealed all but the tiniest bit of skepticism.  Then I read the first page and any doubt I had evaporated in an instant.

In 2009, I wrote, “[The Radetsky March details] three generations, who revered and served Emperor Franz Joseph, [it] encompasses not only the politics of the era but the relationships among fathers, sons, and even the memory of a deceased grandfather.  The prose sparkles, and I am hard pressed to recall more than a few novels with prose so consistently beautiful, lyrical, and engrossing.”  Truly this is one of the finest, most beautiful novels I have ever read.

According to the cover notes, Joseph Roth was born in 1894 in a small town on the Eastern border of the Habsburg Empire.  After serving in Austro-Hungarian army from 1916 to 1918, he worked as a journalist in Vienna and in Berlin.  He died in Paris in 1939.  He authored 13 novels as well as numerous stories and essays.  I see a large collection on Roth’s works in my future.

It took some time to get to the sequel, The Emperor’s Tomb, because I feared a sophomore jinx.

The young Trotta makes connections with members of his ancestral village.  He reacquaints himself with some of the customs and habits of his grand uncle’s family.  Then, Emperor Franz Joseph is assassinated, and World War I begins.  He receives a commission and joins a unit headed to the Russian front.  He becomes separated from his unit, and is quickly captured and sent to Siberia, where he lives on a farm and works the land.  When the war is over, he begins the trek home.  By the time he arrives, he finds the Austro-Hungarian Empire has collapsed, and many of the wealthy families have been stripped of their fortunes.

The interesting aspect of this wonderfully written novel is the in-depth character studies Roth provides of the nobles and the peasants, men and women.  Young Trotta falls in love with Elizabeth, they marry, and he takes off for the Russian front without a wedding night.  Trotta's circle of friends are particularly interesting in their views on the war, the empire, and their lives.  All are changed from their experiences in the military. 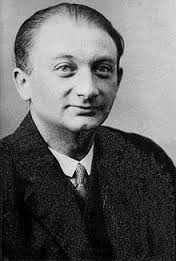 Roth’s prose lulls the reader into a world foreign and difficult to imagine.  He writes: “In midsummer of 1914 I … set off for Zlotogrod.  I put up at a the Hotel zum Goldenen Bären, the only hotel in the little town, I was told, which was acceptable to a European.

“The railway station was tiny, like the station at Sipolje, of which I had retained a certain memory.  All little stations in all little provincial towns looked alike throughout the old Austro-Hungarian Empire.  Small and painted yellow, they were like lazy cats lying in the snow in winter and in the sun in summer, protected by the glass roof over the platform, and watched by the black double eagle on its yellow background.  The porter was the same everywhere, in Sipolje as in Zlotogrod, his paunch stuffed into his in offensive dark blue uniform, and across his chest the black belt into which was tucked his bell, whose prescribed treble peal announced the departure of a train” (35).

I find it most easy to imagine standing on the platform watching the ebb and flow of passengers!  Joseph Roth has also captured the voice of the period.  All this makes The Emperor’s Tomb a thoroughly enjoyable read.  5 stars