In Praise of Shadows by Jun’ichiro Tanizaki

One of my real joys about reading fiction involves a literary novel sprinkled with art, music, or literary allusions, which usually help round out a character.  These novels tend to the inhabit the category of intellectually challenging.  One writer who constantly challenges, amuses and intrigues me is Muraki Harikami.  Of the three of his novels I have read, all have music and art as a background.  His literary allusions – of Japanese and Western literature – always intrigue.  As I near the end of his latest novel, I have already ordered three books, which play an important role in the story.  Most often, these obscure books come as a complete surprise.  In Praise of Shadows by Jun’ichiro Tanizaki really surprised me.

This essay on aesthetices was originally published in 1933, and the English translation came out in 1977 by Leete's Island Books.  The translation contains a forward by architect and educator Charles Moore and an afterword by one of the translators, Thomas J. Harper.  Harper was a Senior Lecturer in Japanese Literature at the Australian national University in Canberra.  The other translator, Edward Seidensticker, was Professor of Japanese Literature at Columbia University.  Much shorter than the author's novels, this book is a meditative work, which tells the story of Tanizaki building his dream home.  He freely admits the house cost more than he could afford. 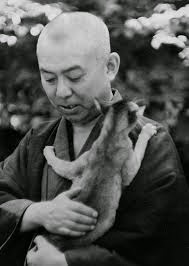 Tanizaki writes, “What incredible pains the fancier of traditional architecture must take when he sets out to build a house in pure Japanese style, striving somehow to make electric wires, gas pipes, and water lines harmonize with the austerity of Japanese rooms – even someone who has never built a house for himself must sense this when he visits a teahouse, a restaurant, or an inn.  For the solitary eccentric, it is another matter.  He can ignore the blessings od scientific civilization and retreat to some forsaken corner of the countryside, but a man who has a family and lives in the city cannot turn his back on the necessities of modern life – heating, electric lights, sanitary facilities – merely for the sake of doing things the Japanese way.  The purist may wrack his brain over the placement of a single telephone, hiding it behind the staircase or in a corner of the hallway, wherever he thinks it will least offend the eye” (1).

As a person who lives in a home decorated in the style of post-modern clutter – that is, everything in the place where it fits – I would have the opposite trouble: finding more wall space, more book shelves, and less empty spaces.

I now have a window on the character in the novel, whose meticulous attention to order seemed odd to me.  In Praise of Shadows by Jun’ichiro Tanizaki is a pleasant read with a cup of tea one fine afternoon.  5 stars