Haruki Murakami is an important writer, and 1Q84 is an amazing and wonderful story.  But I must warn readers there are about a half-dozen explicit scenes, which account for about a dozen or so pages of 925 but are easy to spot and skip.  However, one such scene has important implications for the plot.  In part one and two of the novel, the chapters alternate between two characters.

Tengo is a 30 year-old-man who is a math prodigy and teaches at a cram school for students preparing for college.  He is a “gentle giant” figure and liked, loved, and respected by everyone he meets.  He pines for a woman he loved and lost.  He also works for a literary magazine.  While examining manuscripts submitted for an important literary prize for new authors, he comes across a wonderful story titled Air Chrysalis.  The manuscript purported to be written by a 17 year-old high school girl, Fuka-Eri, but it is full of errors and omissions, and it lacks clarity and organization.  Something about the story enchants Tengo, and he takes it to his editor.  Together, they decide to re-write the story to make it a prize winner.  Tengo is reluctant.  He recognizes the plan amounts to fraud.  He agrees to meet the peculiar young lady and her guardian.  They okay the plan, but Tengo says he will adhere to the voice of Fuka-Eri.  He rewrites the story, it wins the prize, and quickly becomes a best seller.

Aomame is a 30 year-old woman who has a black belt in Karate, and works as a fitness coach and a physical therapist.  She lives alone, and dreams about a man she loved who is no longer in her life.  Aomame lost her best friend when she committed suicide as a result of a seriously dangerous husband who constantly physically abused her.  Aomame takes matters into her own hands and kills the husband.  She escapes cleanly, and, because of her skills in physical therapy, the death appeared to result from a heart attack.  Aomame partners with a woman who lost a daughter to spouse abuse, and she runs a home for abused women and children.  When one of the husbands shows up and attempts to cause trouble, Aomame takes care of him.  Aomame carries out her last murder of a powerful figure, and she is in hiding awaiting plastic surgery and escape to a place far away.

In Part 3, a private investigator – a most unpleasant man by all and every measure – is hired by the dead man’s family to find Aomame.  They know who she is, but she has completely disappeared.  Ushigawa begins alternating chapters with Tengo and Aomame. 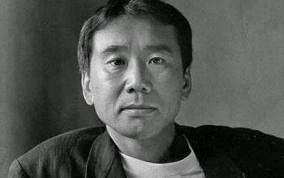 When Tengo was ten, he was teased by students, and had no friends.  Aomame was peculiar, and she also had no friends.  One day, Tengo was crying, and Aomame held his hand tightly for a few minutes.  Neither spoke a word.  She left the classroom, and he never saw her again.  20 years later, he begins searching for her.  Aomame has not forgotten Tengo either, but she is in hiding and cannot risk leaving the safe house to look for him.  The lives of these three people are closely intertwined in ways none of them fully comprehend.

Murakami has an amazing style.  His attention to detail can sometimes put off a reader, but the devil is in the details, as they say, and I have a clear and full picture of these characters and their habits.  He also uses frequent references to music and literature.  My recent review of In Praise of Shadows by Tanizaki stemmed from this novel.  I have two other intriguing books on my shelf, which I hope will enlighten me as much as Shadows did.

Murakami’s 1Q84 is long, but it as an amazing story.  I was never bored, never had a moment of hesitation in turning to the next page.  I have admired this author for a long time, and any serious reader who enjoys a complicated story and the patience to make it all the way thorough the novel will agree.  5 stars