Margaret Hawkins is an internet friend, we have never met, but we do correspond.  I enjoyed her previous novels, especially Year of Cats and Dogs, so I was nervous about her next novel.  I never realized how hard it can be to approach the work of a friend for the purpose of a review.  Well, now I can breathe a sigh of relief.  Lydia’s Party is a wonderful story that – at first – brought to mind Virginia Woolf’s great novel, Mrs. Dalloway.  However, I quickly began to realize that the similarity of plots ended with the planning of the dinner party for a circle of friends.

Lydia’s Party delves into the mind of a woman who annually schedules a dinner party around the Christmas season for her friends – women only, no men; although on occasion, a husband slithers in to crash the festivities.  Recently, attendance has fallen, but Lydia hopes all seven will attend, as she has an announcement to make to her friends.  The weather becomes a factor, but all show up as planned.

Hawkins’ description of the characters as she maneuvers around her house on the day of the party is spectacular.  She reveals much of the history of the group, as well as some thoughts she has about the women and their husbands and lovers.  Interspersed are chapters by the guests as they scurry around gathering what they have volunteered to bring.

Early in the novel, when the guest list is by no means certain, Hawkins writes, “Lydia went back to her mental guest list: Elaine, Celia, Maura, Jayne, and Betsy.  Maybe Norris.  Lydia was the only one still teaching. […] Elaine, that cagey devil, had gotten out fifteen years earlier, saved up to pay off her mortgage and gave her notice the day she wrote the last check.   She said she couldn’t stand teaching anymore, couldn’t stand the tedium of hearing her own voice repeating itself semester after semester, telling the same jokes and the same stories, acting out the same rehearsed epiphanies, year after year, and Lydia knew what she meant, felt the same way about her own tired performances.  Though Lydia thought that in Elaine’s case it was grading papers that finally did her in.  Four sections of English composition every semester – she’d felt she had to correct every superfluous comma” (21).  These sentiments certainly clang as true as a giant brass bell.

Lydia has a beloved pet, Maxine, a large dog.  The scenes with Maxine had a touching seriousness and humor that nearly brought tears to my eyes.  Maxine is “aging gracefully.” and so is our beloved Marcy.  While cooking, Maxine joins Lydia in the kitchen.  “Lydia began to form the dough into little oblongs and set them on a plate.  She felt a hot breath on her leg and looked down.  Maxine was sitting next to her, still as a statue, her intelligent eyes following the movement of Lydia’s hands from the bowl to the plate, watching the dough in its progress away from her.  She had already forgotten the gift of cheese and now she wanted dough.  She was patient, strategic.  She knew the formed dumplings on the plate were not for her but she also knew that Lydia was genetically predestined to be a patsy and that her best chance lay in what was left in the bowl, an amount that was steadily decreasing.  //  Lydia knew that Maxine knew this because Lydia could read her mind, her eyes, her body, the anxious tilt of her shoulders, her tense ears as she calculated what she might get of what was left” (55).  Every dog lover knows this scene – or they should – and the warm fuzzies it brings to the surface. 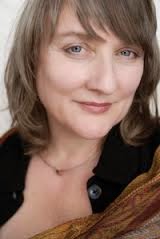 Margaret Hawkins’ Lydia’s Party might be considered “chick lit,” but the humanity, the emotions, the love, the tenderness, the friendship, and loyalty are way too evident and universal to confine this wonderful novel to any single niche.  Never maudlin, always thoughtful, Lydia is a character anyone can love.  And, while I hated the story to end, I wasn’t sad, because I felt as if I had made a new friend in Lydia.  A friend who will stay with me for a long, long time.  5 stars.