The Art of Tony Auth : To Stir, Inform, and Inflame by Tony Auth

For almost 40 years, I have admired the editorial cartoons of Tony Auth in The Philadelphia Inquirer.  He skewed politicians, clergymen, and plutocrats of all stripes. 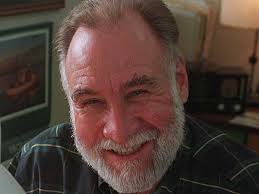 One of my favorites on page 232 of The Art of Tony Auth : To Stir, Inform, and Inflame shows an obese elephant drinking from a tea pot with a skull and crossbones.  The caption reads, “Obama rescued Goldman Sachs, and the banks, saved the financial industry and salvage America’s auto companies … all in a pathetic attempt to hide his socialism.”  The runner-up – only three pages later – has four panels.  They all have text, which reads, “He wasn’t, you know, born in America.”  He’s not, you know, a Christian.”  He’s, you know, a Muslim or a Kenyan.”  “He’s, well, you know…”  This last panel has a silhouette of Obama, ears and all.  Auth really hit the nail on the head with these two.

Of course, I could stay here all day and pick out dozens more, but that would rob you of the fun.  Pick up a copy and laugh and cry and pick out your favorites.  Tony died in September of 2014.  He has left a big whole in The Inky.