Usually, for some unknown reason, I do not follow the Pulitzer Prize for Fiction, but a good friend recommended Tinkers, so I thought I would give it a go. This peculiar novel recounts the last couple hundred hours in the life of George Washington Crosby as he lay dying. During this time, he reminisces, hallucinates, and briefly becomes lucid as to his surroundings.

Most of the prose has a smooth, dreamlike quality, but I was puzzled by frequent shifts in viewpoint from George, to his father Howard, and to George’s grandfather. Harding tells some of these flashbacks and memories in first person and some in third person. This seemed confusing at times.

George’s hobby concerned clocks – collecting and repairing them. He made lots of money which he squirreled all over the place. Many of the images of people getting sick and dying resembled the winding down of a clocks works. George and Howard both had missing fathers. 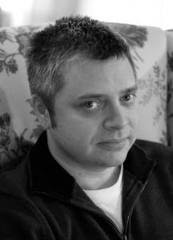 The psychological aspects of this novel, however, really stand out. The hallucinations, the memories floating in and out, all punctuated with those moments of lucidity when George had to recollect where he was, who all the people around his bed were, and why he couldn’t wind his clocks.

A decent novel, a worthy addition to the Pulitzer Prize canon, but the confusing bits bothered me. 4 stars