Cleopatra: A Life by Stacy Schiff

Cleopatra is arguably, as Stacy Schiff stated in a recent interview, the most famous woman we know so little about. I would add the most famous woman about whom so many myths and misperceptions swirl about her. Schiff has set down a detailed biography drawn from contemporary sources, including Plutarch, Dio, and Josephus. She carefully points out inconsistencies in these accounts, and deftly explains the political and social reasons her history appears as it does today.

Schiff disposes of several myths. She was not Egyptian, or even African – she was Greek through and through. She was not beautiful. Some Romans chided Julius Caesar for his liaison with her, because, “she’s not even beautiful. Lastly, she did not take her life by the bite of an asp. Alexandria held a reputation as a center for the finest poisons in the known world. Their potions acted quickly, irreversibly, and with no pain. 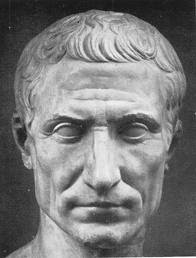 The Romans – great admirers and imitators of the Greeks – seem to have taken a cue from Euripides, who wrote, “Clever woman were dangerous” (qtd. in Schiff 4). She had an impressive education – the finest anyone could receive at the time. She spoke nine languages, and routinely negotiated difficult agreements and treaties with foreign kings without the aid of an interpreter. Even her contemporary critics “gave her high marks for her verbal dexterity. Her ‘sparkling eyes’ are never mentioned without equal tribute to her eloquence and charisma” (33). 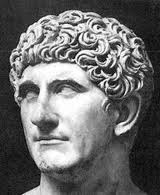 The Romans treated their women as little more than personal objects to be bought, sold, traded, or discarded on the slightest whim. Cleopatra’s world, however, provided an environment in which women thrived socially, politically, financially, and educationally. According to Schiff, “as much as one-third of Ptolemaic Egypt may have been in female hands” (24). After her death, “a golden age of women dawned in Rome” (295). Suddenly, they enjoyed unprecedented freedom and political power.

The Romans respected Cleopatra, after all her fields and stores of grain fed the Roman Empire. But they also feared her wealth and her position as a queen with unparalleled support of her people. During her 22 year reign, not a single revolt or attempt on her life ever occurred. Rough estimates of her personal fortune place her among the wealthiest people of all time – over $100 billion dollars in today’s money. Kings would routinely give her a gift of thousands of silver talents, when 220 of the coins could feed and equip a Roman Legion for a year. Favored Court officials might be paid a single talent a year and believe themselves well-compensated. Yet her generosity with her people and her guests was legendary at the time. 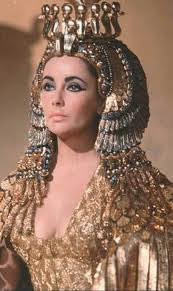 Near the end. Schiff writes, “In the match between the lady and the legend there is no contest. 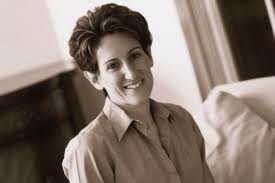 The only problem I had with the text came in the lack of connection to quotes and over 40 pages of notes. She opts for endnotes marked only by the page they reference. However, the notes have a detail, and at times a touch of humor, absent in such a vast undertaking. Schiff tells the true story of one of the great love stories of all times. She cites dozens of versions of her story, including Shakespeare’s, perhaps his greatest love story. Even if a reader’s grasp of Roman and Ptolemaic history resides in a dim college classroom, this biography will enthrall and amaze. The slight inconvenience in searching out and reading notes is well more than worth the effort to shine a brilliant light on those memories. 5 stars.

Too often, Cleopatra, whose very image is lost to us, occupies various stereotypes: temptress; gold digger; oriental despot. Yet in a day and age where Roman society considered women to be chattel, Cleopatra was an intelligent woman, capable of holding her own on the world stage. Enjoy this fresh and compelling view of one of history's most fascinating individuals.