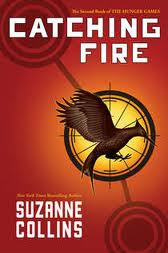 Every class I have taught starts with an icebreaker with some questions about hobbies, favorite foods, and the “Last book read for fun.” Many students mentioned Suzanne Collins’ series beginning with The Hunger Games. When the movie came out, I decided to see what all the hype was about before I saw the film. I loved the book and really enjoyed the film. So, I decided to continue reading the series, even though some students told me the second book was not as good as the first.

I partially agree. Yes, there was a lot less action and suspense, but I feel the second and third in the series really go together, so I am going to defer judgment until I read part three.

Part Two, Catching Fire, begins shortly after the first book ends. The annual selection of Tributes is about to begin -- but with a twist. These games are the 75th, and every 25 years a “Quarter Quell” calls for some special reminder that Capitol City rules Panem, and rebellions will be brutally crushed. Meanwhile, the appearance of some refuges and shortages of supplies from other districts feed rumors of uprisings. 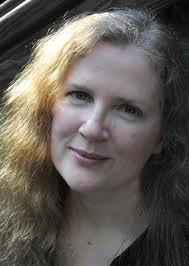 The special twist for this Quell is that each district will select two tributes who have already won games. Of course, this means Haymitch, Katniss, Peter are all eligible, despite the fact that winners were exempt from the lottery. Peter and Katniss agree to volunteer, so Haymitch can be their sponsor and advocate.

It seems President Snow has a particular vendetta to settle against Katniss. The book ends with a cliffhanger. I can’t wait to get to Volume Three, Mocking Jay. ? Stars