Anita Brookner’s novels usually feature women loners floundering under bad relationships, who then try to escape depressing situations. As I wrote in 2009 about Strangers, this might seem boring – mining the same plot line over and over, but she draws her characters as finely as detailed, realistic paintings. Brookner spent years teaching art history in England. Furthermore, each of these characters deals with the escape and resolution in an entirely different manner. Strangers was the first of her novels I read that featured a man as the main character. Making Things Better, published in the U.S. in 2002, also features a man -- a loner, a dejected, rejected man who suffers some serious losses in his life.

Julius Herz manages a business owned by his father, Willie, and his partner Ostrovski. He lives alone in a flat over the shop. Julius meets Josie, and they marry. They try to live in the cramped flat, but Julius’s mother needs care, so they move into the even smaller flat with his mother. Julius’s world is shrinking – literally and figuratively. Josie hangs on for two years, but she abruptly leaves and files for divorce.

Then, the last prop is shoved out from under Julius. Ostrovski decides to retire to Spain, and he sells the business, but he does take care of Julius by settling a large amount of money on him for his years of service. Julius is now confronted with the possibility of a life style he never thought possible. He first leases a larger flat, and then – a creature of some serious habits -- continues his daily routine broken only by an occasional trip to a museum. Then he decides to take a holiday. 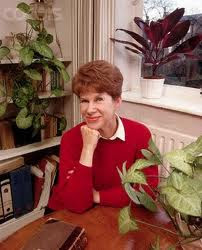 Brookner’s novels feature little in the way of dialogue. Rather, her forté is the serious interior examination of her protagonist’s life, loves, dreams, fears, and pleasures. In this scene, Ostrovski has broken the news of his retirement to Julius. Brookner writes,

“The suddenness of Ostrovski’s announcement seemed to have obliterated any response. Julius went to his small desk and scrutinized the invoices and accounts, the contents of which he knew by heart. But it was no good; he could make sense of none of it. His working life, it seemed, was over. Not quite what he had expected, he had admitted to himself in the course of the afternoon. Yet he had expected nothing, and had been endowed with freedom, a freedom for which he was entirely unprepared. … he would have to find somewhere to live. The prospect posed even more difficulties; he had never exercised his own wishes in this respect. … all his homes had been chosen for him. And home was such an emotive concept that he doubted whether he would be able to live up to it, to make a place for himself in a world where people exercised choices” (63-64).

The name “Julius Herz” sounds like a clue to the main character’s state of mind. My faithful readers know I am a fan of novels with deep psychological insights. Making Things Better fills that bill perfectly. 5 stars